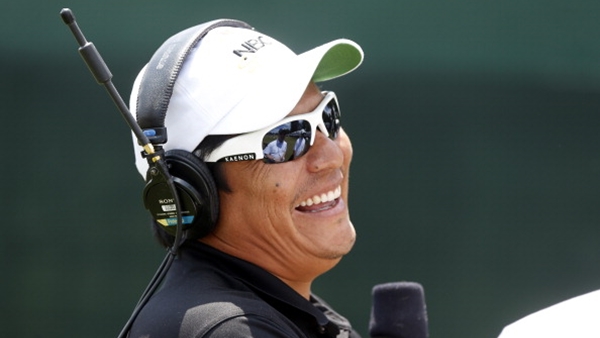 Begay, a 41-year-old analyst for Golf Channel and NBC Sports, was taken Thursday to Methodist Hospital in Dallas where a stent was inserted to unblock his right coronary artery. Begay, a Navajo from New Mexico, has a history of heart disease in the family.

Golf Channel said Begay will be off the air indefinitely while he recovers.

Begay, who won the last of his four PGA Tour titles in 2000, said he was grateful to Dr. Mark Jenkins and the speedy care he received in Dallas.

“I anticipate a full recovery and feel lucky to be at home resting with my family,” Begay said in a statement. “I appreciate the outpouring of well wishes I’ve received from family, friends and fans, and I will be back covering golf once I’m fully recovered.”

Begay is in his second full year as a TV analyst.

Begay was part of the Stanford team that won the NCAA title in 1994. A year later, he and Tiger Woods were the first minorities named to the Walker Cup team. Begay won twice on the PGA Tour in 1999 and 2000, but he was hampered by back injuries later in his career.