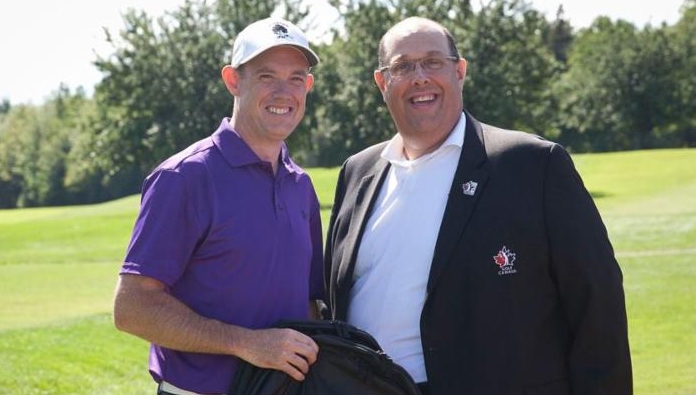 The NSGA Player of the Year (POY) is a ranking system that assigns points to players from their finishes in various tournaments throughout the golf season. It is designed to promote the development of golfers in Nova Scotia through a points system based on their competitive accomplishments.

After a long summer battle, Glenn Robinson from Ashburn Golf Club defeated Truro’s Paul Coulson to win the 2015 Men’s NSGA Player of the Year. Robinson ended the season with a T12 finish at the Canadian Men’s Mid-Amateur Championship, second place finishes at the Apple Blossom and the Ashburn Club Championship and a third place finish at the NSGA Mid-Am.

Abercrombie’s Julia Henderson returned to competitive golf in Nova Scotia and was impressive as she dominated the 2015 Women’s Player of the Year after finishing first in all 5 tournaments she entered. Henderson took the top spot in the Northumberland, Oakfield and Amherst Field Days along with first place finish at the June Bug. The highlight was capturing her third NSGA Women’s Amateur Championship at Northumberland.

2015 MJT Junior Player of the Year