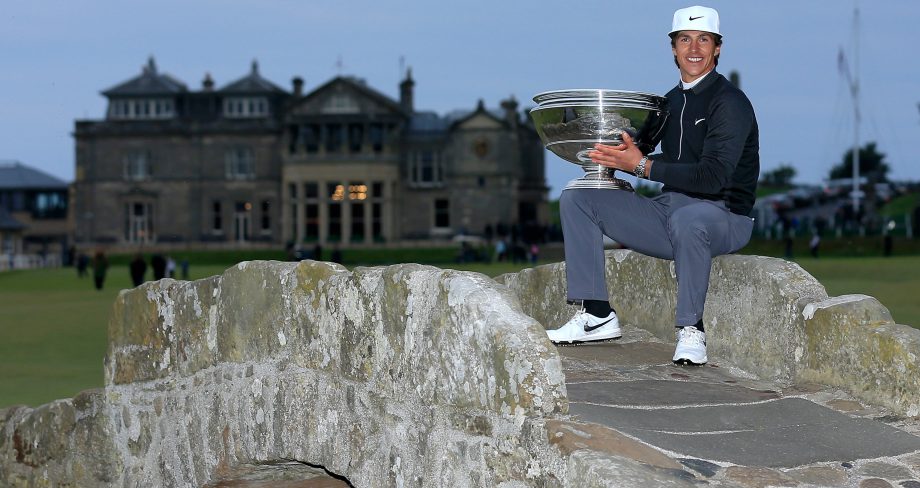 Olesen had a double bogey on the second hole and a bogey on the third but recovered for a 1-under 71 at St. Andrews to hold off a late charge by Brooks Koepka of the United States.

Koepka shot a 67 to finish tied for second with fellow American Chris Stroud (68). Olesen, who entered the final round with a three-shot lead, finished with an 18-under total of 270.

The Dane earned his third European Tour title after showing his mastery of links courses, having finished runner-up here in 2012. The tournament is spread over St. Andrews, Kingsbarns and Carnoustie over the first three rounds.

“It’s been a very tough year and standing here with this trophy is unbelievable,” said Olesen, who missed three months of the season after hand surgery. “It was nice this week just to play three great rounds of golf – the first three – and keep it together in this last round.”

Koepka looked set to challenge Olesen when he picked up three straight birdies from the ninth, but lost his momentum with a bogey on the 13th. After another birdie on 14, he finished with four straight pars.

“I am pretty pleased,” Koepka said. “Overall I played pretty well but just came up a little bit short.”

Stroud needed a birdie on the 18th to tie for second.

“I can’t imagine anything better than this,” Stroud said. “I would take that score on any tournament, so at the original place of golf, right here in the Home of Golf, this is pretty special.”

Chris Wood of England was among five players tied for fourth, another shot back, after a 65.