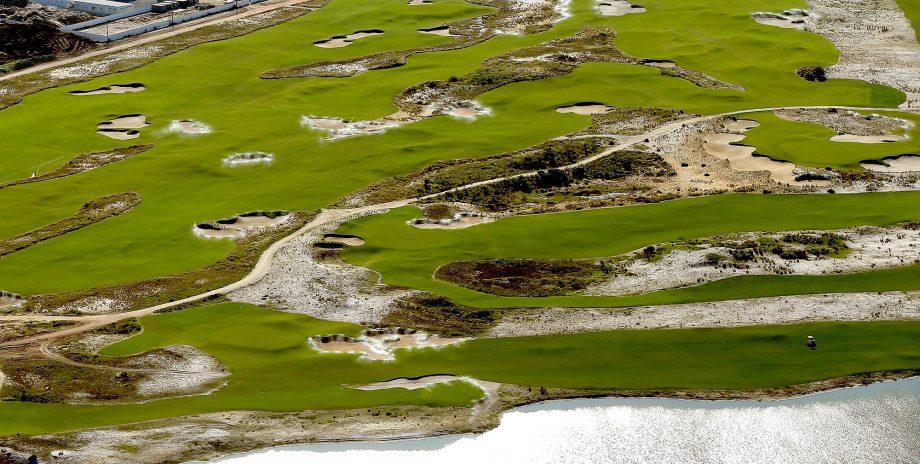 HONOLULU – With golf joining the Olympics for the first time since 1904, the PGA Tour is trying to put together a test event for the new course in Rio de Janeiro.

The tour is having a tough time finding anyone to go because of the crowded 2016 schedule.

“We’ve got a good list of players who are, quote, interested in coming,” PGA Tour commissioner Tim Finchem said. “But we don’t have a long list of players who are committed to coming. That’s the case with the guys who are currently playing on the PGA Tour, just because of the schedule, looking ahead to the summer, seeing the compaction. So I don’t know.”

The test event is planned for March 8, and the tour has lined up a charter flight for its members.

Every sport must have an event at the Olympic venue ahead of the Rio Games. Finchem said if golf can pull together this outing, it will count as the test event.

“We can do that with any combination of players that are being talked to,” he said. “Also, I think it’s probably most important to get international players. We don’t know how it’s going to wind up. We’ve got transportation issues and a sponsor the next week that’s watching and saying, ‘Am I going to lose anybody?'”

The World Golf Championship at Doral ends on March 6 and is followed by the Valspar Championship, where Jordan Spieth is the defending champion. His agent, Jay Danzi, said the tour approached Spieth about a trip to Rio, but he didn’t want it to interfere with his title defense at Innisbrook.

The European Tour and Asian Tour have a co-sanctioned event in Thailand that week. The LPGA Tour is off, though its best players will be in Singapore on March 6 for the HSBC Women’s Champions.

British Open champion Zach Johnson said he was asked. His foundation has a retreat that week. Jimmy Walker and Rickie Fowler also were approached and decided against a flight to Brazil. It’s a month before the Masters, with tournaments like the Arnold Palmer Invitational, Dell Match Play and Shell Houston Open leading up to Augusta.

Finchem is eager to have the test event, and not just to tick off that box.

“We want to get some good players on there so if there are things we’re not seeing … you know as well I do, we build these golf courses and ‘Oh, it’s great.’ And then you get the best players in the world on there and we’ve got 10 problems,” he said. “They see things you didn’t notice. So we want to get that done.”

He also described the Gil Hanse design as having a “hangover” from environmental protests and legal challenges that delayed the project.

“We want to get the word out that it’s a good golf course,” Finchem said.

HOMECOMING: The Golf Channel on NBC crew will have some fond memories during the CareerBuilder Challenge this week.

Johnny Miller will start his year at the tournament, which also is appropriate. Not only did Miller win the Bob Hope Classic in consecutive years (1973-74), this is where he made his on-air debut as a golf analyst for NBC in 1990.

NBC last had the tournament in 1998. The Bob Hope Classic went to ABC for eight years before becoming a fixture on the Golf Channel.

In some respects, it will be a reunion. Five members of that NBC crew that televised the Hope in 1998 will be back this year – Roy, Miller, Dan Hicks, Roger Maltbie and Gary Koch. Hicks was a tower reporter in 1998. Now he does play-by-play with Miller.

SCOTT’S DECISION: Adam Scott has made it clear over the last several months that the Olympics aren’t a priority. What he hasn’t said is whether he will represent Australia if eligible, which is likely.

“I said it’s not my priority at all, and that means I’ll make a decision at the very last moment whether it fits or not,” Scott said. “It’s not the main focus of the year. It’s not what I built my schedule around. If it fits in good at the time, I’ll play. And if it doesn’t, then I won’t.

The first decision he has to make is on May 6.

Players have been getting emails from the PGA Tour over the last few weeks about the “Registered Testing Pool” regarding the anti-doping program for the Olympics, which is far more stringent that the tour’s program. All players who would qualify for the Olympics on May 6 must be entered in the pool.

If players become eligible after May 6, then they are added to the pool and stay there until the final Olympic Ranking on July 11. But if players choose not to compete in the Olympics, they will be removed from the pool and not allowed to be added at a later date.

ELECTION TIME: Jimmy Walker, Kevin Streelman and Charley Hoffman have been selected to run as co-chairmen for the Player Advisory Council. The two players with the most votes will start a three-year term on the board starting in 2017.

One streak remains. An international player has never been voted chairman of the PAC.

BELL HONORED: Judy Bell is in the World Golf Hall of Fame and in the history books as the first president of the U.S. Golf Association. She receives another honor this year the U.S. Open as the winner of the Bob Jones Award.

The award is the highest honor from the USGA and honors a person who demonstrates the spirit, character and respect for the game shown by the amateur great.

Bell played in 38 USGA championships. She played on two winning Curtis Cup teams and was captain twice. The Women’s State Team Championship Trophy was named after a year after her two-year tenure as president.

She was among the first women to become honorary members of the Royal & Ancient Golf Club of St. Andrews.

DIVOTS: Padraig Harrington reported no issues with his knee in his first two tournaments since surgery to repair his meniscus. He was 24-under par at Kapalua and Waialae and was par or better for all eight rounds. … The first of three playoff events for the Charles Schwab Cup on the PGA Tour Champions will be held at Sherwood Country Club in Thousand Oaks, California. Sherwood previously held the World Challenge that Tiger Woods hosts until 2013. … The third Latin America Amateur will be held in 2017 at Panama Golf Club. … George Peper, the former editor-in-chief at Golf magazine, has been selected to receive the 2016 PGA Lifetime Achievement Award in Journalism.

STAT OF THE WEEK: Greg Owen has three top 10s in the last year. Two of them were at PGA Tour events won by Fabian Gomez.

FINAL WORD: “Am I not supposed to be grounded? You are who you are. Why change based on anything you’ve done?” – Jordan Spieth.