Olympic Golf – the rules, then vs now 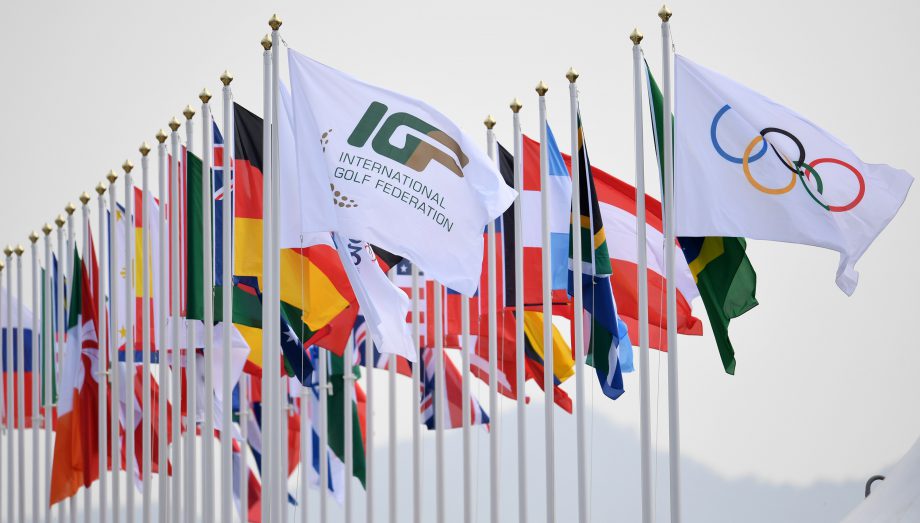 When the opening tee shot at the newly built Olympic Course is struck at 7.30am this Thursday, it will bring to an end a 112 year wait, stretching back to the 1904 Summer Olympics in St. Louis, since the last stroke was made in an Olympic Golf event.

Without doubt golf has experienced some big changes during the intervening years, from the general condition of the courses, to the equipment used, to the now global audience, and even to the Rules by which the game is played. However, considering all the ways in which the game has evolved during this time, just how different a game will this summer’s Olympians be playing in Rio compared to those who last teed it up in the Olympics at the Glen Echo Golf Club in 1904?

For the most part, the Rules of play remain very much the same today as they were then. The vast majority of Rules ranging from the way in which a player may strike the ball and take a stance, to dealing with obstructions and receiving advice all remain relatively unchanged, and though there have undoubtedly been some key alterations, one of the most noticeable things at first glance is actually how much of the Rule book remains the same, at least in principle if not wording.

In terms of the course, there are a number of basic differences which would surely raise some eyebrows amongst this year’s Olympic field if playing under the same Rules as their predecessors.

For example, back in 1904, far from being the manicured surfaces they are today, the ‘putting-green’ was simply considered to be “all ground within 20 yards of the hole except hazards”, and it is worth noting that the term ‘hazard’ at that time also carried a slightly more literal meaning than it does today.

Whilst the ‘hazards’ which challenge today’s golfers include any bunkers or water hazards on the course, during golf’s last Olympic appearance, the term ‘hazard’ incorporated quite a bit more.

At that time, “any bunker, water (except casual water), sand, path, road, railway, whin, bush, rushes, rabbit scrape, fence, or ditch” fell under this much broader definition, and although Rio’s Olympian golfers are unlikely to be troubled by whin, roads, or indeed a railway line while competing for the coveted medals, they may appreciate the fact that the current Rules take a more lenient approach to some of the more common conditions which they might encounter.

As the new Olympic course was built, for the most part, on what was an old sand quarry, one such condition might be the already infamous “native areas” which have been designed to gather up any stray balls which miss the fairway. Despite these ‘native’ areas being mostly sand, under the current Rules they are not considered to be hazards, and therefore players may ground their clubs without penalty should they find themselves in trouble.

Despite the fact that, for the most part, the Rules of the game have remained relatively unchanged over the last 112 years, there are some instances where the current crop of Olympian golfers arguably have it somewhat easier.

For example, any player who finds themselves facing a long putt on Rio’s Olympic course, might count themselves lucky that they have the option of having the flag attended, as this option was not available to their Olympic predecessors.

Back in 1904, any player whose ball was on the ‘green’ (ie within 20 yards of the hole), was not entitled to play until the flag had been removed and any player breaching this Rule found themselves on the receiving end of a one stroke penalty – definitely something to bear in mind if you see a player lining up a tricky 60-footer!

“When a competitor’s ball is within twenty yards of the hole, the competitor shall not play until the flag has been removed, under penalty of one stroke.”

Things don’t appear to get any more difficult for the modern player away from the green either. With the design of the new Olympic course having been inspired by the testing Castle Stuart course in Scotland, and having also drawn comparisons with some of Australia’s more challenging Sandbelt courses, it is almost inevitable that players will fall victim to some of the more demanding areas of the courses ‘native vegetation’ and find their ball in an unplayable lie.

When this happens, the players may again be thankful that they are playing under the most recent edition of the Rules as currently, if a player deems his ball to be unplayable, they have three options under which they can proceed to try and find a playable – or at least more favourable – lie (Rule 28). They can go back to the point where they last played their ball, drop a ball behind the point where the ball lay keeping that point directly in line with the hole, or drop a ball within two club lengths of the spot where the ball lay, no nearer to the hole. Crucially, all of these options are available at the cost of one penalty stroke.

The Rules in effect during the 1904 Olympics weren’t quite as charitable in this regard. Not only were the relief options more limited in that they only allowed the player to go back in a line from where it lay, or to the nearest point if that was not possible, but they also came at the expense of two penalty strokes rather than one. One benefit under the old Rules, however, might have been the requirement to ‘tee’ the ball when taking relief – something which would surely have the potential for some interesting recovery shots for some of the more aggressive players in the field.

The 2016 Olympians certainly don’t have it all their own way, though, as in other aspects, the Rules used in 1904 are undoubtedly more generous towards the player.

For example, should a player find themselves on the wrong side of the boundary line at the Olympic Course  in the coming fortnight, they will incur a penalty of one stroke and will be required to return and play another ball from where they played the original, thus being penalised both stroke and distance (Rule 27-1b), whereas their predecessors had the rather more lenient penalty of simply losing distance: “if a ball be played out of bounds, a ball shall be dropped at the spot from which the stroke was played, under penalty of loss of the distance”.

Not only was the additional penalty stroke not introduced until 1909 (and even then it was only by Local Rule), any wayward player’s in 1904 mightn’t even have had to endure the disheartening walk back to their original position. This was as, for the first time, the updated Rules in 1902 had seen the introduction of the ‘provisional ball’, even if it was yet to fall under that name – “If it be doubtful whether a ball has been played out of bounds another may be dropped and played, but if it be discovered that the first ball is not out of bounds, it shall continue in play without penalty.”

Another slight variance between the Rules then and now is that if a competitor at the Glen Echo Golf Club in 1904 was to play a wrong ball and discover their error before playing from the next tee, they would be free to return and play their correct ball without penalty. Should a player make a similar mistake during this year’s Olympic competition, they wouldn’t get off so lightly, and would be on the receiving end of a two stroke penalty (Rule 15-3b).

If there are some who after reading might argue that the Rules were more lenient in years gone by, one final difference may be worth bearing in mind.

In Rio, if a player accidentally tees up their ball and plays from outside the teeing ground, they will incur a two stroke penalty and will be required to then correctly play a ball from within the teeing ground (Rule 11-4b). A penalty some might argue is quite punishing for what can simply be a matter of centimetres during a momentary lapse in concentration. However, compared to the Rules in place during Golf’s last Olympic appearance, they would be considered to have gotten off lightly. Back then, any player who played from outside the teeing ground was given an immediate penalty of disqualification whether on the first hole or the last.

“If a competitor plays from outside the limits of the teeing-ground, the penalty shall be disqualification.”

With 60 men and 60 women competing at this year’s two Olympic Golf events, one unchanged Rule from the 1904 edition which will no doubt be on every player’s mind is that; “In stroke competitions, the competitor who holes the stipulated course in fewest strokes shall be the winner.” And with the Olympic Course ready to test golf’s newest Olympians and the referees are all well versed with the 2016 Rules of Golf, we look forward to seeing who will take to the podium when the last putt drops after its 112-year wait.