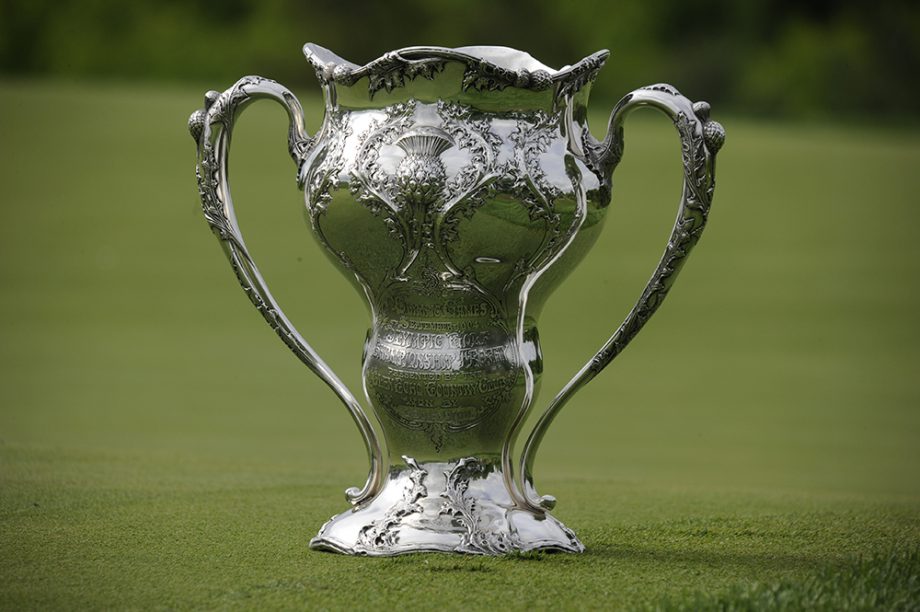 There is great excitement surrounding golf’s return to the Olympics—and rightfully so. With the Olympic dream now a reality, it is important to remember a Canadian legend—the story of defending Olympic gold medalist George Seymour Lyon.

Canada has held the title of Olympic golf champion for 112 years since the trophy was last hoisted at the St. Louis Games in 1904. Lyon, 46 at the time of his victory, defeated American H. Chandler Egan 3&2 in the 36-hole match-play final. You can make a case that had his accomplishments happened against today’s sport and media landscape, we would be talking about one of Canada’s iconic athletes.

At the time, golf enthusiasts could not have predicted that 1904 would be the last time the Olympic golf competition would be contested for more than a century. As time went on and pro golf tours like the PGA Tour and LPGA Tour made their way to the forefront, golf slowly faded from the Olympic landscape.

Fast forward to 2009, where the International Golf Federation (IGF) and the International Olympic Committee (IOC) collectively agreed to reintroduce golf to the 2016 Rio Olympic Games as a 72-hole stroke-play event.

How will Canada fare at the Games in Rio? Our team is well-positioned to defend its title—thanks in part to Mr. Lyon paving the way for golf in Canada.

Golf Canada is extremely excited to have a very talented group of professionals in line to fill the four spots (two male, two female) that we expect to receive based on the qualification process. On the women’s side, Brooke Henderson (currently ranked No. 4 on the Olympic rankings) and Alena Sharp (No. 37) hold Canada’s best female rankings and both have very good chances of being on the women’s squad come the July 11th cut-off date.

At just 18 years of age, Brooke has vaulted herself amongst the world’s elite through her amazing talent and work ethic. I have had the pleasure of watching her develop as a member of Team Canada for five years—witnessing first hand her abilities, confidence and commitment to excellence. She has shown poise beyond her years and is eager to represent Canada on the global stage.

Her counterpart, Alena, had her best season in 2015 with five Top-25 LPGA finishes and continues to impress as the Games get closer. With ten years of professional experience, she will be a strong addition to Team Canada in Rio this August.

On the men’s side, PGA TOUR stars David Hearn and Graham DeLaet are currently positioned to fly the flag for Canada. Hearn (No. 38 on the Olympic rankings), wowed Canadians this past summer in his bid to win the RBC Canadian Open—eventually finishing third.

Rounding out the squad if selection were today would be DeLaet, (No. 41), who not only is a premier competitor but also someone who has given back to the game as an ambassador for the Golf in Schools program. A graduate of the Team Canada Amateur Squad, he has been a leading Canadian figure on Tour and is primed for a strong return following last year’s injury-plagued season.

The selection of the men’s team could come down to the wire as a pair of rising stars—Adam Hadwin and Nick Taylor—could very well make a run at one of the top-two rankings. Hadwin currently sits 32 world ranking spots out of the second Olympic spot.

Supporting the players as they head into Rio, I am proud to serve in the capacity of Team Leader and will be leaning on the coaching expertise of Team Canada coaches Derek Ingram and Tristan Mullally. Proud members of the PGA of Canada, Ingram and Mullally will lead the men’s and women’s squads respectively in Rio and will provide support to the players leading up to and during the event.

Preparation for the Olympics began long ago. I have had the pleasure of making two trips down to the site of the Games with the Canadian Olympic Committee—familiarizing with the organizing committee and the local environment. Ingram and Mullally will both have made a site visit to the golf course in advance of the Games to gain some insight into how they can best support the players.

To say I’m excited about golf’s return to the Games is an understatement—the global exposure will be huge for our sport and for Golf Canada’s high performance program. Will we see Canada defend George S. Lyon’s gold medal in Rio? I know our athletes and our coaches are determined to take advantage of this incredible opportunity. I can’t wait for the 2016 Games to get here as it will be two of the most exciting weeks in golf’s storied history.