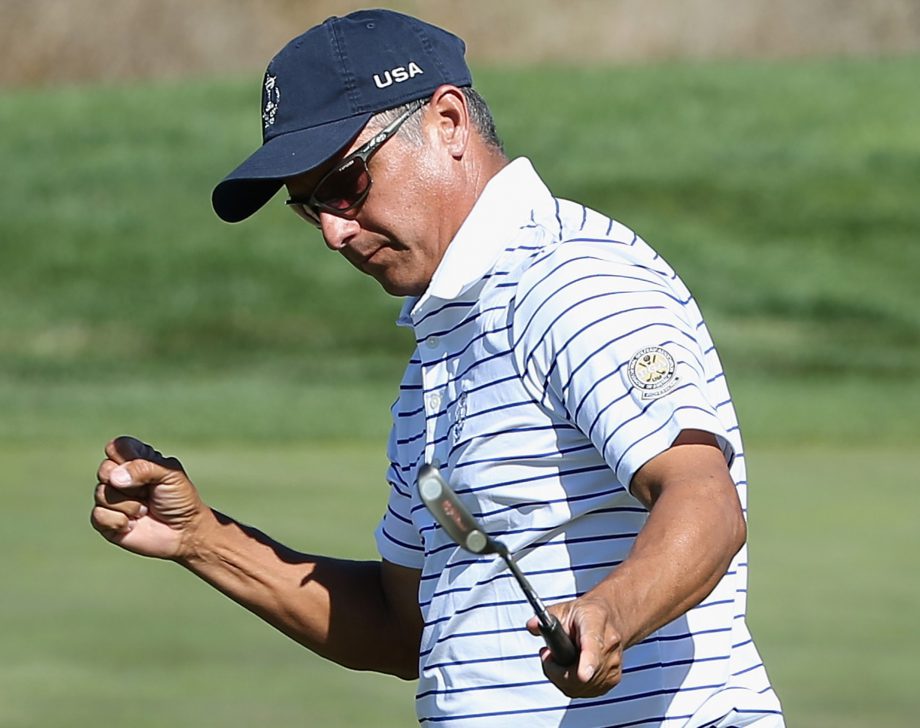 Uresti and Dougherty beat Englishmen Lee Clarke and Paul Hendriksen 1 up for the Americans’ lone point in the morning fourball matches at CordeValle in the competition for club professionals. The U.S. duo topped Ireland’s Niall Kearney and England’s Alex Wright 3 and 1 in the afternoon foursomes.

“Pars weren’t very good out there today. You had to make birdies,” said Dougherty, the PGA head professional at Oakwood Country Club in Kansas City, Missouri. “Omar and I have similar personalities. Our games fit well together. We both like to attack the golf course, but we are still gritty. Seeing our teammates post (U.S.) flags on the scoreboard this afternoon really helped our momentum.”

In fourball play, Clark and England’s Michael Watson beat Polland and Dobyns 3 and 2, Fox and Dixon topped Sowards and Broce 2 and 1, and Levermore and Wright edged Alan Morin and Grant Sturgeon 3 and 2.