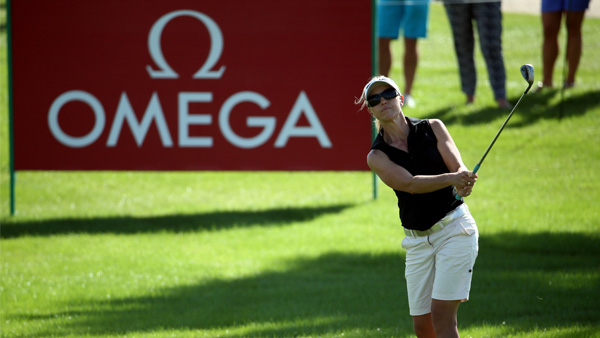 WINDERMERE, Fla. — The Ladies European Tour concludes its season in Dubai with a new sponsor that Laura Davies hopes will bring the circuit some more attention.

Swiss-based Omega continued to expand its presence in golf when it announced a 10-year partnership with the LET. The partnership includes Omega being the official timekeeper and the sponsor of the tour’s award for rookie of the year. It already is the title sponsor of the Omega Dubai Ladies Masters, and it recently signed a personal endorsement deal with English teenager Charley Hull.

“We get big companies like Omega involved, that’s a step forward,” Davies said. “Because other multinational companies want to be involved with other multinational companies, so hopefully that will draw in some more big support, especially for the LET – more television for us. I know that’s one of the things our chief executive is trying to do, and if we get much more live TV, I think everything gets elevated.”

In recent years, Omega struck up a partnership with the PGA of America and the Ryder Cup (when it is played in America). It is title sponsor for two European Tour events (Switzerland and Dubai) and the finale on the LET.

Hull is the youngest in an Omega stable that includes Rory McIlroy, Sergio Garcia, Greg Norman, along with Michelle Wie and Stacy Lewis.

Hull, a star for Europe in its first Solheim Cup victory in America last year, narrowly missed out on her full LPGA Tour card last week and received only conditional status. The 18-year-old is on the cusp of winning the LET money title going into Dubai.

“It is important to the brand that we show our appreciation of golf as a while, and we are happy to bring greater attention to the professional women golfers who are taking the game to a new, exciting level,” Omega President Stephen Urquhart said.