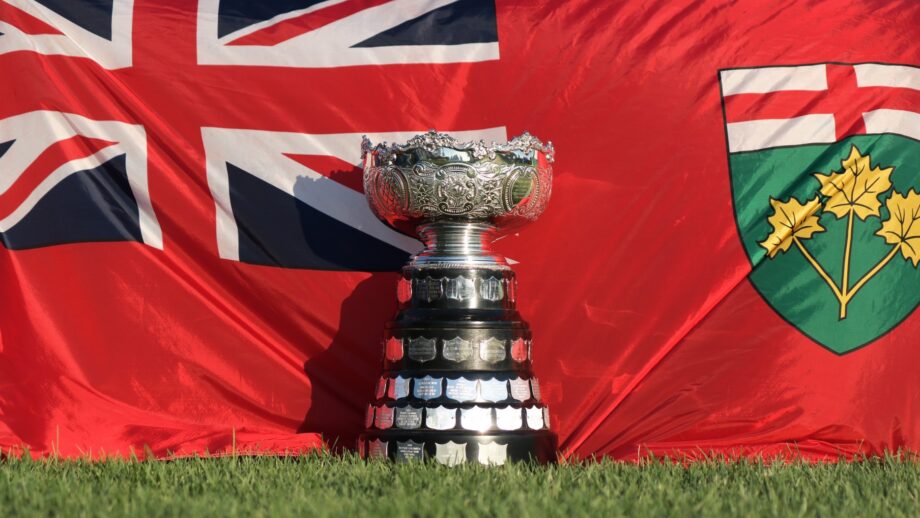 OTTAWA, Ont. – Team British Columbia had their sights set on second consecutive interprovincial team championship, but the squad from Ontario had other plans at the Canadian Junior Girls Championship, presented by BDO.

As so often is the case in golf, the tables turned on the leaders – and in this one, they turned quickly. With the trophy at the fingertips of Team B.C., one team got cold and the other heated up. Trailing by three strokes, Swetha Sathish piloted a miraculous comeback, making birdie on three of her final six holes to lift her province to victory in the interprovincial competition.

Sarah Gallagher contributed to the team efforts with back-to-back rounds of even-par 72. Along with Sathish’s two-under par 70 in the second round and Kelly Zhao’s three-over par 75 in Tuesday’s opening round, the team combined for a total score of 289 and a five-stroke triumph over the runner-up British Columbians.

Of the five players who shared the lead after Tuesday’s opening round, only Erin Lee remained atop the standings in the individual competition. Joining the Langley, B.C., native at the front of pack is Lindsay McGrath and Krystal (ZhuoTong) Li. The trio own a share of the lead at four-under par.

After starting her round with a bogey, Lee answered the bell, rallying off five birdies to get to six-under par on the tournament. The 16-year-old dropped a pair of shots in the latter stages of her round and pointed to lackluster putting to explain the blemishes.

“Today, all my shots were pretty good [but] I struggled a bit with putting. If my putter worked, I honestly think I could have gone way lower,” admitted Lee. She says she’ll look to continue hitting the shots she’s been hitting but needs to see a few more putts drop.

McGrath, 15, carded the low round of the tournament, a six-under par 66 to climb into a share of the lead. A troubling round one with the flat stick lead the Oakville, Ont., native to the putting green this morning. Safe to say the practice was worthwhile. The Team Ontario recorded birdies on holes No. 1 and No. 18 and made five others in between en route to the top of the board.

“Yesterday I was missing a lot of putts, so I put the work in this morning and was able to make a lot of short putts for birdie and save a lot for par, so I think that really helped me today,” said McGrath. “My mental [game] was really good today; I was able to dial in on those putts and not feel any pressure.”

Team Canada’s Yeji Kwon also made some noise on Wednesday at The Marshes Golf Club, posting a five-under par 67 to leap into sole possession of sixth place, just two strokes back of the leaders.

After a bogey-free, three-under par 33 on the front nine (started on hole No. 10), the Port Coquitlam eagled the par-4 1st, holing out on a 76-yard wedge shot from the fairway.

“It was a good shot. It hit the slope, then it spun back, and it went in, and I was like ‘Oh my gosh,” said Kwon, in disbelief.

Bo Brown also fired a five-under par 67, a result of eight birdies, including a stretch of three in a row from holes No. 11-13.  The University of British Columbia Thunderbird improved on her first-round performance by 16 strokes. She sits T25 going into Thursday’s third round.

Krystal (ZhuoTong) Li, Peyton Costabile and Ling Yu (Katherine) Hao managed scores of three-under par 69. Elsa Wu aced the 146-yard, par-3 17th hole. The 12-year-old says she saw the ball hit the pin but didn’t see it drop into the hole and if her “memory is correct,” it is the first of her very young career.