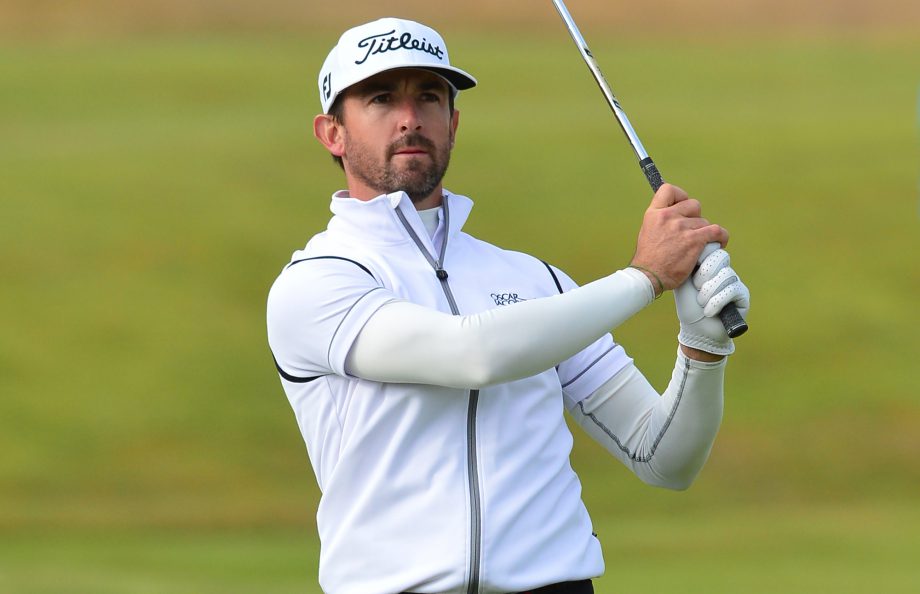 ZANDVOORT, Netherlands – Wade Ormsby blitzed the back nine on his way to a 9-under-par 61 at the KLM Open and joined Paul Lawrie in the first-round lead at the Kennemer Golf and Country Club on the Dutch North Sea coast on Thursday.

The Australian birdied six of the last seven holes, including 16, 17 and 18, to surge up the leaderboard.

“That’s the lowest score I’ve had in any round, let alone tournament golf,” Ormsby said. “I’ve worked pretty hard the last few weeks. I’ve had five weeks off back in Australia, and it’s nice to get back and on the front foot.”

Hours earlier, and playing the back nine first, 1999 British Open champion Lawrie made the most of benign conditions as he eagled the par-five 12th and birdied 16, 17 and 18, too.

“The 59 did cross my mind. I had a long putt on the seventh – my 16th – for eagle after a lovely three wood in there, and had that popped in there I would have only had to birdie one of the last two to make it,” Lawrie said. “But I’m very happy with 61.”

In the group behind Ormsby, Richard Bland of England also gave himself a chance of shooting the European Tour’s first 59. Bland was 8 under with the last three holes to play, but parred them to finish the round alone in second place.

“I hit a lot of good shots out there,” Bland said. “It’s always nice to make a good start. It wasn’t easy – we probably had a two-club wind most of the day.”

Dutch favorite Joost Luiten, the 2013 champion, was tied for fourth with four other players after 63s.

Tom Watson, who shot a hole in one in practice on Wednesday, didn’t manage another ace, but shot three birdies and two bogies on his way to a 1-under 69.