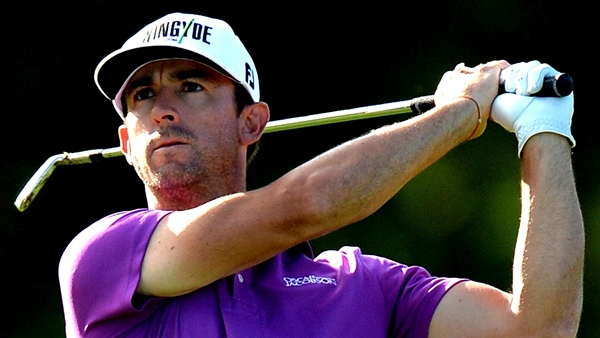 Scott, who confirmed he and his wife are expecting their first child in February, was in third place after a 69, with Weekley, who had a first-round 66, in fourth after a 72.

South Korean Jin Jeong, who held the first-round lead with a 65 and was one of 78 players to complete his opening round on Friday morning due to weather delays on Thursday, was in a group tied for fifth after a 74.

Jeong played 24 holes on Friday and had only a 30-minute break between his rounds.

Ormsby’s round included a six-hole run of an eagle and four birdies on his front nine. Strange, a two-time European Tour winner, joined Ormsby in the lead with a birdie on his final hole.

Scott is playing his third Australian tournament in four weeks.

“It’s big for me,” he said. “Energy levels are getting low and you can see the end of the line but I’m pushing through, I’m doing my usual routines. I really want to finish off with a win.”