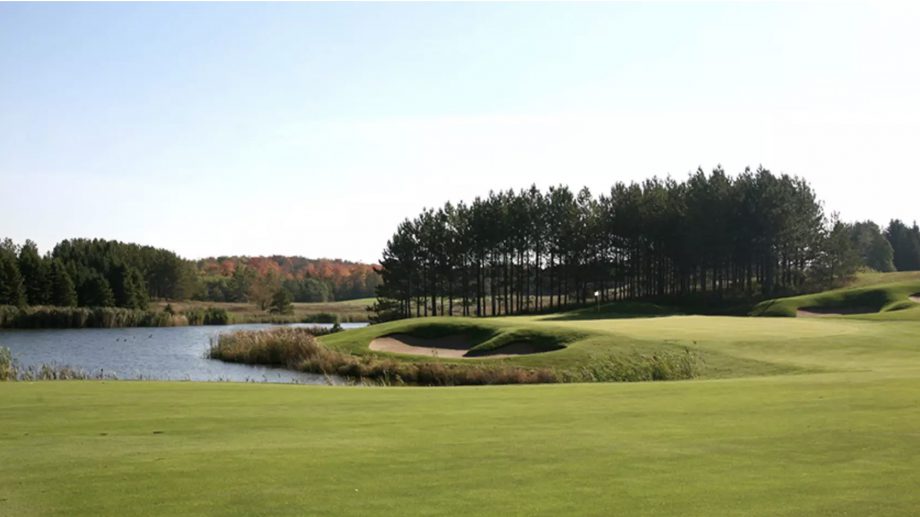 PONTE VEDRA BEACH, Fla. —The Mackenzie Tour – PGA TOUR Canada announced today that its newly created Osprey Valley Open, the first Greater Toronto Area-based tournament in Mackenzie Tour history, will be played July 19-22 at Osprey Valley Golf Course in Caledon, Ontario. In conjunction with the addition of this tournament to the 2018 schedule, the Mackenzie Investments Open presented by Jaguar Laval is moving to a previously open date on the schedule, September 6-9, at Elm Ridge Country Club in L’Île-Bizard, Quebec.

Osprey Valley is a 54-hole facility, featuring three courses all designed by renowned Canadian golf course architect Doug Carrick — the Hoot, the Heathlands and the Toot courses. The Osprey Valley Open will be held at the Toot Course, a parkland-style layout that features rolling fairways, large landing areas and undulating greens. At its longest, the par-72 Toot measures 7,151 yards.

“We’re pleased to add the Osprey Valley Open to our 2018 schedule and look forward to a long and lasting partnership with this beautiful facility,” said Mackenzie Tour President Jeff Monday. “We’re certainly happy to be playing in the Greater Toronto Area for the first time, and we think our players will love what they see once they arrive on the property.”

“We are delighted to be welcoming a Mackenzie Tour event to Osprey Valley. Hosting some of the world’s top up-and-coming players this summer provides us a wonderful opportunity to showcase what we believe makes Osprey Valley such a special place,” said Osprey Valley President Chris Humeniuk. “We are looking forward to working with the Mackenzie Tour and launching a successful event.”

When the Mackenzie Tour initially released its 2018 schedule, it had not announced the tournament that would fill in the September 6-9 dates. The Mackenzie Investments Open presented by Jaguar Laval moved to the early September dates to allow for a better flow to the schedule.

This will be Elm Ridge’s first year hosting the tournament, with Circuit Canada Pro Tour serving as the host organization. Members established Elm Ridge Country Club in 1924, with the current facility opening in 1960, with two 18-hole golf courses. The club’s North Course will be the site of the Mackenzie Investments Open. A year ago, Web.com Tour member Hank Lebioda won the inaugural tournament by eight strokes.

“The members of Elm Ridge Country Club are honored and pleased to host the Mackenzie Investments Open presented by Jaguar Laval. We are looking forward to welcoming the Mackenzie Tour – PGA TOUR Canada players and all golf fans and enthusiasts to our most special and accommodating club for an unparalleled golf show,” said Randy Moncrieff, Elm Ridge General Manager. “It is also a pleasure to partner with the sponsors, Mackenzie Investments and Jaguar Laval, as well with the charity involved, CHU Ste-Justine Foundation.”

“I know the players love traveling to the Montreal area, and they will certainly find Elm Ridge to be not only an enjoyable place to play but a great test of golf, as well,” Monday added.

Mackenzie Tour players will once again look to make the next step on the path to the PGA TOUR by leveraging their performances into advantages to reach the next level. The Order of Merit winner will be fully exempt on the Web.com Tour for the following season, with Nos. 2-5 earning conditional membership. Those players Nos. 2-10 will also earn an exemption into the Final Stage of the Web.com Tour Qualifying Tournament, while Nos. 11-20 on the Order of Merit will earn an exemption into the Qualifying Tournament’s Second Stage.