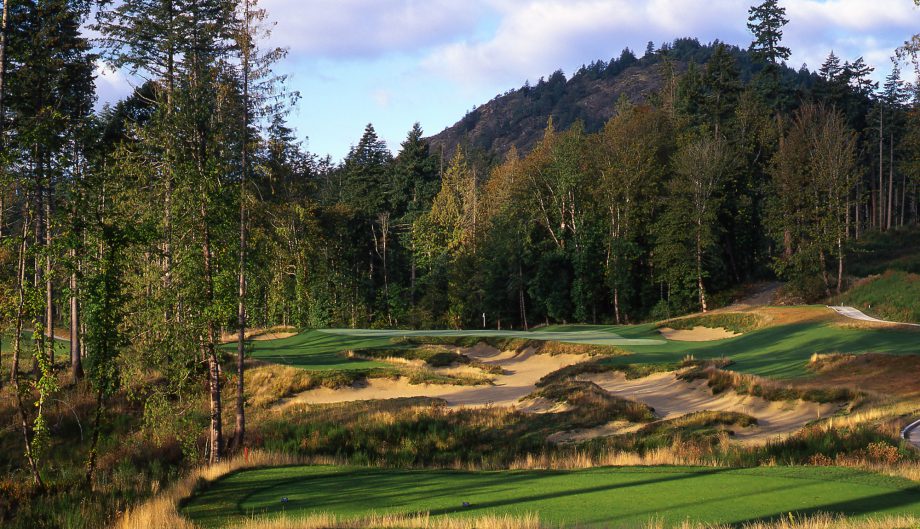 VICTORIA, BC (February 21, 2017) – Pacific Links International and PGA TOUR Champions announced today that the 2017 Pacific Links Bear Mountain Championship is now accepting volunteer submissions. The event will once again be hosted at Bear Mountain Golf Resort in Victoria, British Columbia from September 11-17th, showcasing a field of 78 international players, and a US $2.5 million purse.

More than 600 volunteers donated their time and worked to make the 2016 Pacific Links Bear Mountain Championship a resounding success, with approximately 500 of the volunteers coming directly from Victoria and Langford, many of whom live within the Bear Mountain – Ecoasis communities.

“The amount of support and involvement that the local community demonstrated was truly remarkable,” said Rudy Anderson, President of Pacific Links International. “With such a large-scale event as the Pacific Links Bear Mountain Championship, volunteers are the beating heart at the centre of the tournament that makes it run seamlessly. We could not have done it without everyone who was involved.”

The Event was more than just a golf tournament for volunteers; it was a symbol of pride in their community and being part of a property that showcased their home city and province on the global stage that is PGA TOUR Champions and the Golf Channel. Volunteers were also personally thanked by 2016 Champion Colin Montgomerie and received a visit from runner-up Scott McCarron during the Volunteer Appreciation party after the final round on Sunday.

Volunteers must be at least 13 years of age to be considered for a volunteer position at the tournament. Each volunteer must commit to a minimum of three days during Event week and shift lengths vary (at least 6 hours per shift) between committees. All volunteers are required to purchase the Volunteer Package for $49, which covers a portion of the cost of the volunteer uniforms, daily volunteer food and beverage, and enables the tournament to contribute to local charities in the community. The volunteer package includes:

The Pacific Links Bear Mountain Championship team of volunteers consist of avid golfers, fans of the game and people looking for a fun and exciting experience. To register as a volunteer simply visit the recently resigned tournament website at www.pacificlinkschampionship.com  and click on the ‘Volunteer Tab’.

Committee placements are made on a first come first serve basis and Committee Directors will contact each volunteer and confirm which committee they have been placed into.

Pre-Sale Tickets will also be available for the 2017 Pacific Links Bear Mountain Championship starting Friday, February 24 at 10am PT. Fans can enjoy 10% off all ticket types until March 31, 2017. Tickets for this premier event and can be purchased at www.pacificlinkschampionship.com  by clicking on the ‘Buy Tickets’  tab. Fans can choose from the following ticket options: