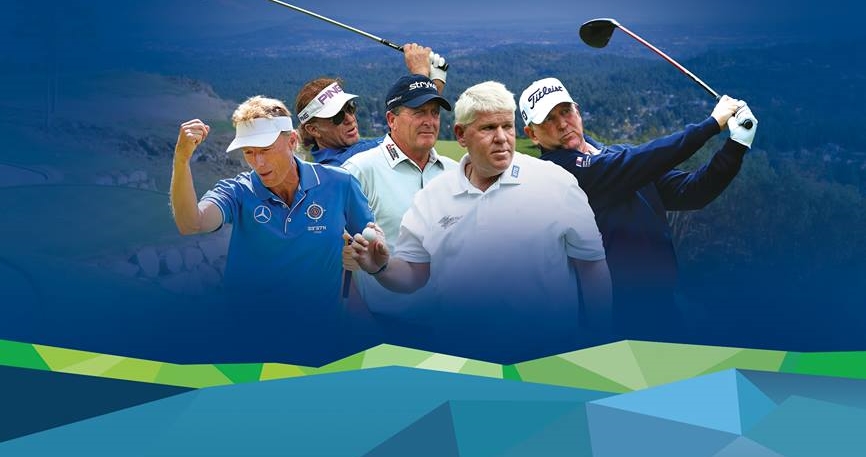 VICTORIA, B.C. – The 2016 Pacific Links Bear Mountain Championship will get underway this Friday at Bear Mountain Golf Resort’s Mountain Course, with 81 of the top Champions Tour players competing for one of the year’s top purses of US$2.5 million.

Langer, who currently leads the Charles Schwab Cup standings with $2,432.659 in 2016 earnings, has put forth one of the strongest seasons in Tour history at the age of 59, with four wins – including major championship victories at the Regions Tradition and Constellation SENIOR PLAYERS Championship earlier this year.

The two-time Masters Tournament champion owns 29 career titles on Champions Tour, which puts him tied for second on the all-time victories list with Lee Trevino, trailing only Hale Irwin, who has 45 career wins.

Singh won 34 times during a stellar career on the PGA TOUR, including major championship titles at the 1998 and 2004 PGA Championship, as well as the 2000 Masters Tournament.

The 53-year-old native of Fiji ranks 14th on the PGA TOUR’s all-time victories list, and recorded a staggering 31 of his 34 wins during what is commonly referred to as the “Tiger Woods era.” Singh was inducted into the World Golf Hall of Fame in 2005.

Montgomerie, 53, has notched three victories on Champions Tour, including the 2014 and 2015 Senior PGA Championship presented by KitchenAid, as well as the 2014 U.S. Senior Open – all of which are senior major championships.

The Scotland native won the European Tour’s Order of Merit a record eight times during a standout career which gave way to Hall of Fame honors in 2013. Montgomerie drew the ire of American golf fans through the years, posting a 20-7-1 record in the biennial Ryder Cup without losing a singles match.

The inaugural Charles Schwab Cup Playoffs are set to get underway at the end of October, which makes the Pacific Links Bear Mountain Championship a crucial stop on the 2016 calendar as one of the final three events in the Tour’s Regular Season. The top 72 players will qualify for the Playoffs.

The Charles Schwab Cup standings during the Regular Season are based on earnings, in turn making the US$375,000 winner’s share this week an attractive target for players looking to win the prestigious season-long race. Only three events in the Tour’s 26-tournament schedule have larger purses than the US$2.5 million offered this week, with all three being major championships.

The field at the Pacific Links Bear Mountain Championship will consist of 52 former PGA TOUR winners, and 11 players who have won on Champions Tour this year alone.

Tournament week in Victoria will begin with Official Pro-Ams on Wednesday and Thursday, followed by 54 holes of championship play from Friday through Sunday, with no cut. All three competitive rounds will be broadcast live by Golf Channel to more than 200 million homes in 84 countries and 11 languages around the world.

Tickets are available for both pro-am rounds and tournament rounds, and are offered in a variety of packages, including the popular Champions Club.