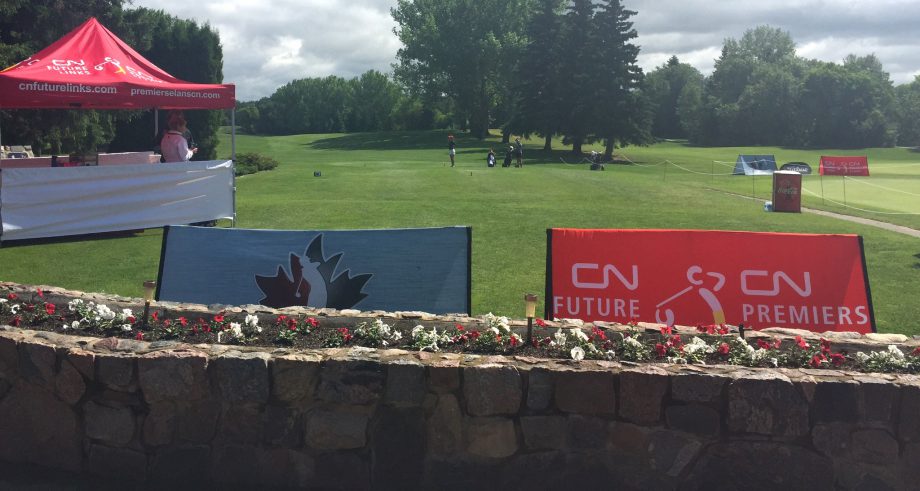 The sun was out as junior golfers took to Cooke Municipal Golf Course for the first round of the 2015 CN Future Links Prairie Championship in Prince Albert, Sask. Alexander Smith and Mary Parsons, both 16 years of age, shot 69 to top their respective leaderboards.

Alexander Smith registered the day’s only score in the 60s in the Junior Boys division. The Calgary, Alta., native set an early pace for his round by recording an eagle on the second hole en route to a 3-under par 69. Josh Miller of Victoria, B.C., sits one shot back after a 2-under 70. In third place, from Yorkton, Sask., is Kade Johnson who opened with a 1-over-par round of 73.

Delta, B.C., native Mary Parsons carded a 69 to lead the Junior Girls Division following an impressive round that included seven birdies. Team Canada Development Squad member Alisha Lau of Richmond, B.C., holds solo second after carding a 2-over par round of 74. In third place is fellow B.C. native Phoebe Yue from West Vancouver with a score of 76.

The 2015 Canadian Junior Boys Championship will be hosted by Summerlea Golf and Country Club in Vaudreuil-Dorion, Que., from August 2-6, while the 2015 Canadian Junior Girls Championship will take place in Yorkton, Sask., from August 3-7 at Deer Park Golf Course. In addition, the six CN Future Links Junior Girls champions will gain exemptions into a 2016 Canadian Women’s Tour event of their choice.

Second round action at the CN Future Links Prairie Championship begins tomorrow with the Junior Girls teeing off at 7 a.m. CST followed by the Junior Boys at 8:20 a.m. CST.

Additional information including full first round results from the 2015 CN Future Links Prairie Championship can be found here.