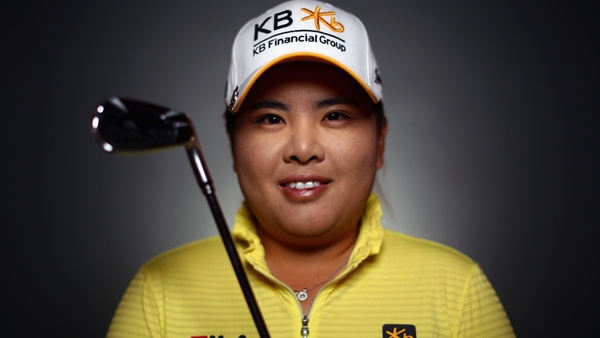 MOBILE, Ala. – Inbee Park is back defending her No. 1 ranking, instead of watching others try to take it away from her.

She watched Adam Scott wrest the PGA Tour’s top ranking from Tiger Woods on Monday without competing that week.

“It would be nice to get it the way Adam Scott did, but I want to win tournaments at the end of the day,” Lewis said Wednesday. “Being No. 1 in the world is definitely a goal but you can’t think about it all the time.

“If it’s something I’m thinking about trying to make a birdie putt, it’s just not going to happen, so I just have to keep doing what I know is right. Even if I do get to No. 1, the goals don’t change. It’s still, give myself a chance to win on Sunday and let everything else take care of itself.”

Lewis has a successful track record in Alabama, winning the state’s tournaments in Mobile and Prattville in 2012.

She wasn’t able to pass Park, who missed last week’s tournament while sick. Park has been No. 1 for more than a year.

“I wasn’t really feeling well for the last couple weeks I played … so the next week I probably took three or four days off trying to get healthier and get the bad things out of my system,” the South Korean said. “The next week I try to practice a little bit more and work on my game because I didn’t really have that big of a gap or a break when the season started, so I didn’t really have time to work on my game as much as I would like to.

“I feel like I’m back in a healthy condition, that’s the important thing.”

Park is winless in eight starts this year.

She expects low scores from the contenders this week.

“It’s just the way the greens are set up,” Lewis said. “They’re set up to make birdies, they’re set up to kind of funnel some shots in and get them close. It’s fun for the fans, it’s fun for us to play, and being a good ball striker is where you want to be.”

For Jennifer Johnson, the return to Mobile has rekindled memories of her first LPGA Tour win last May.

She finished with back to back 7-under 65 rounds and set a tournament-record with a 21-under 267 total. Johnson birdied four of the final six holes for a one-stroke victory over Jessica Korda and Pornanong Phatlum.

She said being the defending champion could bring “a little pressure.”

“Maybe just trying to shoot the same thing I did last year because I’m always trying to do better than I did the year before,” Johnson said. “But I think the pressure really just you put it on yourself.”