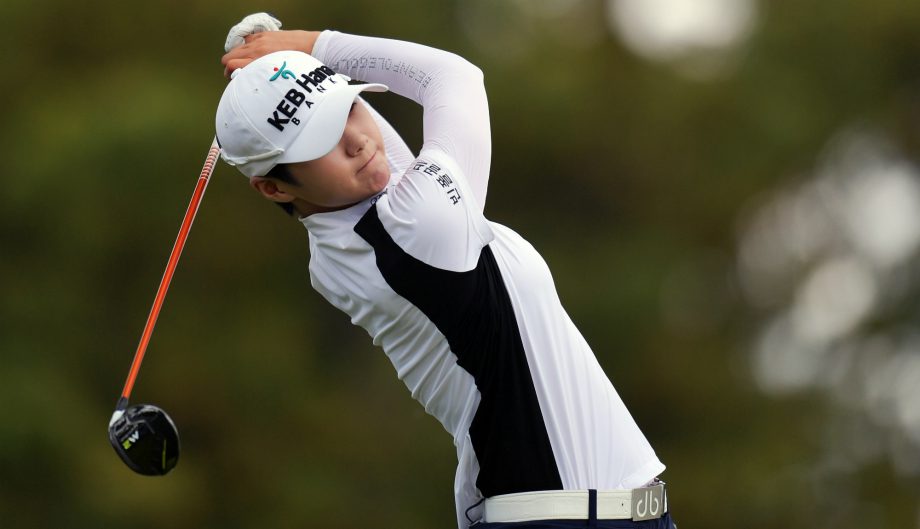 Sung Hyun Park has said one of her goals this season on the LPGA Tour is to win the Rookie of the Year award.

The South Korean might add the title of “winner” to her resume well before any season-ending awards, particularly after opening the NW Arkansas Championship with an 8-under 63 on Friday.

Park finished with nine birdies on her way to nearly matching the course record of 62, needing only 24 putts to take a two-shot lead over Mel Reid, Ally McDonald and So Yeon Ryu.

“My play was best with the putter today, very good,” Park said.

Reid also reached as low as 8 under midway through her round, making a hole-in-one on the par-3 11th. She used a 9-iron on the 135-yard hole, hitting it just past the flag before it spun back and rolled into the hole.

Local favourite Stacy Lewis and 56-year-old Juli Inkster were at 66 along with Felicity Johnson, Moriya Jutanugarn, and Katherine Kirk. Defending champion and second-ranked Lydia Ko opened with a 70

The 34-year-old Park won seven times and was the top earner last year on the Korean LPGA tour, but she also played in seven LPGA Tour events with an eye on making the move to the U.S. She has finished in the top 10 four times this year, nine times in her 19 total LPGA Tour appearances.

All that is lacking to solidify her rapid rise into the ranks of the LPGA’s elite is a victory, possibly this weekend in advance of next week’s KPMG Women’s PGA Championship.

“I wasn’t really surprised to see how well (Park) is (playing),” fellow South Korean Ryu said. “Even last year, she played a few LPGA tournaments as a non-member, but she would finish top-five, top-10. I think she is a really great golfer, and it’s a matter of how comfortable she is on the tour.”

She entered the tournament fourth in the LPGA Tour in driving distance, and she lived up to that Friday, booming 290-yard drives on the 7,001-yard course.

Ryu was the only player in the afternoon to come within two shots of Park’s morning round, capping her round by reaching the par-5 18th in two and two-putting for her sixth birdie and a bogey-free round.

“I had two weeks off and was really fresh to play,” Ryu said. “I think was everything was really smooth from start to end, and it feels really great to be back.”

Former world No. 1 Ai Miyazato shot a 72 in her first round in the U.S. after announcing last month that she plans to retire at the end of the season.

Michelle Wie opened with a 68.