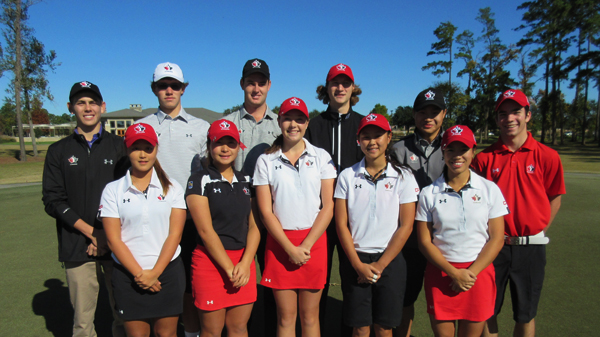 Collegiately speaking, 2015 is an odd year for Team Canada.

Adam Svensson (Surrey, B.C.) turned professional mid-way through his junior season at Barry University, chalking up eight NCAA titles during his collegiate tenure. He also joined the Young Pro Squad mid-season along with Conners (who turned professional following the Masters).

17-year-old Smiths Falls, Ont., native Brooke Henderson elected to turn professional and join the Young Pro Squad, foregoing her scholarship to the University of Florida after becoming the world’s No. 1 ranked female amateur.

That leaves just five athletes currently playing with NCAA programs—four on the Amateur Squad and one on the Development Squad (Tyler Saunders). All five athletes earned honours as first-team selections for their respective conference. See how they got there:

With Ha and Tong graduating, and Hamilton entering his senior year, Team Canada’s veterans are primed to pass the torch down to the younger group, many of whom are committed to start their collegiate careers in 2016:

This is an exciting transitional period for Team Canada—one that follows the intended pathway of the program, with athletes graduating up the ranks as they work towards becoming Canada’s elite golfers.