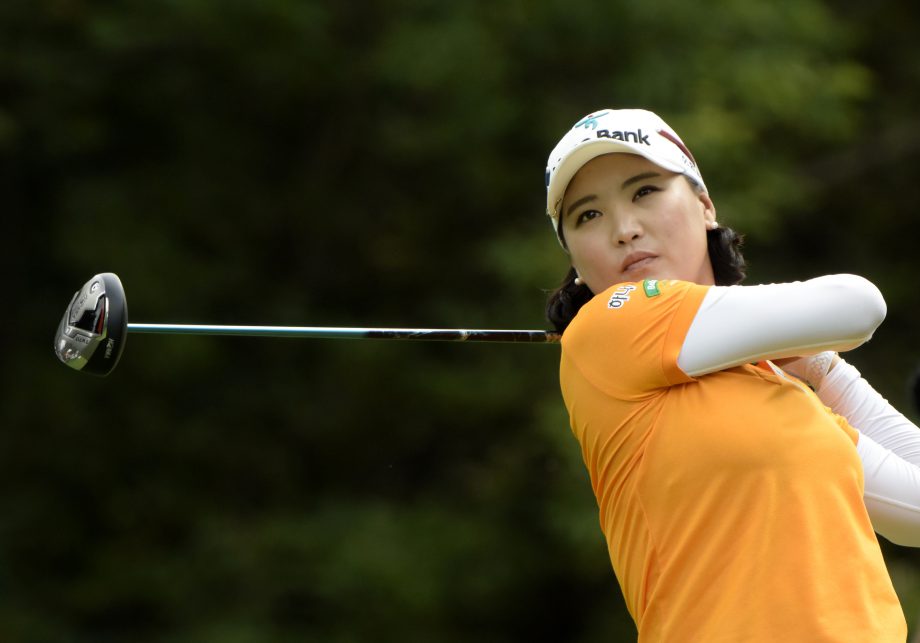 Coquitlam, B.C. – Golf Canada in partnership with Canadian Pacific (CP) have announced that defending champion So Yeon Ryu will headline a list of seven past champions who have confirmed their intention to challenge for the US$2.25 million purse at the 2015 Canadian Pacific Women’s Open.

Currently ranked No. 7 on the Rolex World Ranking, Ryu played near flawless golf last August at the London Hunt and Country Club to capture the inaugural Canadian Pacific Women’s Open. A three-time winner on the LPGA Tour, Ryu’s 23-under tournament total in 2014 set a new event scoring record in relation to par.

Also confirming her intention to compete for Canada’s National Women’s Open title will be two-time champion Lydia Ko (2012 & 2013), the current World No. 2 who made history at The Vancouver Golf Club in 2012 when she captured her first LPGA Tour victory as a 15-year old amateur.

“We’re two months away from the Canadian Pacific Women’s Open and we are very pleased with how our field is coming together,” said Canadian Pacific Women’s Open Tournament Director, Brent McLaughlin. “We are fortunate to have a terrific history of champions and I know it will be especially exciting for Vancouver golf fans to welcome Lydia Ko back to The Vancouver Golf Club for the first time since her amazing win in 2012.”

Golf Canada also confirmed that 17-year old Brooke Henderson of Smiths Falls, Ont. has been granted an exemption to compete in the Canadian Pacific Women’s Open.  Henderson, a member of Golf Canada’s Young Pro Squad and currently the No. 51 ranked player in the world, will be making her fourth consecutive appearance in Canada’s National Women’s Open Championship. In her first year as a professional, the former World No. 1 ranked amateur has amassed $317,470 in LPGA earnings including $132,725 for her tie for 5th finish this past weekend at the KPMG Women’s PGA Championship.

“Brooke has had an outstanding start to her pro career and it comes as no surprise that she has earned an exemption to compete in Canada’s National Women’s Open for the fourth time,” said McLaughlin.  “She’s a special player and a terrific ambassador for Canadian golf and I’m sure she’ll be fan favourite once again at The Vancouver Golf Club.”

Additional Canadian and international exemptions into the National Women’s Open Championship will be announced in the coming weeks. A field of 156 competitors will vie for the  US$2.25 million purse when the CP Women’s Open makes its return to The Vancouver Golf Club.

The 2015 Canadian Pacific Women’s Open is proud to support BC Children’s Hospital as the 2015 charity beneficiary of this year’s event.

Funds raised this year will be dedicated to the pediatric cardiology research program.

As part of its community investment program CP Has Heart, CP is matching all online donations through www.bcchf.ca/cphasheart until August 23. Fan and player favourite, Birdies for Heart, also returns this year with CP committed to donating $5,000 for every birdie made on the 17th hole. In 2014, Birdies for Heart raised more than $320,000 for charity during tournament week.

Golf Canada and CP are proud to offer free admission to the Canadian Pacific Women’s Open to any spectator aged 17 and under. In addition to free admission for juniors, parents can take advantage of discounted tickets by visiting www.cpwomensopen.com/tickets and using promo code “junior”.

Additional information regarding tickets, volunteer opportunities and corporate hospitality for the 2015 or 2016 Canadian Pacific Women’s Open can be found at www.cpwomensopen.com.