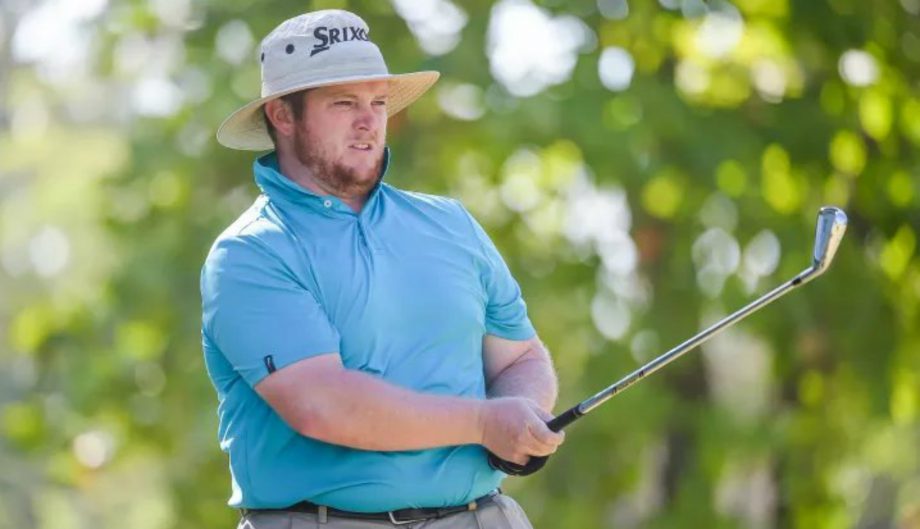 Murray, Kentucky’s Patrick Newcomb shot an 8-under 62 on Thursday at Windermere Golf and Country Club to take the first round lead at the Syncrude Oil Country Championship presented by AECON, the seventh event of the 2017 Mackenzie Tour – PGA TOUR Canada season.

The 27-year old, who sits eighth on the PGA TOUR Latinoamérica Order of Merit thanks to a win at the Honduras Open presented by Indura Beach and Golf Resort, started hot with three birdies and an eagle in his first four holes, then managed four more birdies against one bogey to match the Windermere Golf and Country Club course record.

“It was just one of those special days with the putter,” said Newcomb, who added that his hot start early on put him in his comfort zone. “I have a tendency to get off to hot starts. I hit a couple of good shots and get in a rhythm. For me, I got to 5-under, and when I stepped on 14 (his fifth hole of the day) tee, I said ‘let’s keep going.’”

The 8-under 62 gave Newcomb, who shot a third-round 61 during his win in Honduras, a two-stroke advantage after day one over Tacoma, Washington’s Derek Barron, Glendale, California’s Russell Surber and Cameron Park, California’s Corey Pereira and Cordova, Illinois’ Josh Hart.

“I had a lot of approach shots that were pretty much gimmes, and obviously that’s not going to happen every day, so you just have to kind of enjoy it while you have it.,” said Barron.

Barron is making his sixth career Mackenzie Tour start after earning status at the British Columbia Q-School earlier this year. He ranks 57th on the Order of Merit thanks to finishes of T18 and T12 in the first two events of the year.

A Murray State grad, Newcomb finished T6 at the Players Cup earlier this year and co-held the 54-hole lead at the Staal Foundation Open presented by Tbaytel before tumbling to a final round 79. Last week, he played in the Kentucky State Open for a brief stop at home before resuming his season on the Mackenzie Tour, his seventh week of competition in a row.

“It was good to get home and spend a few days there afterwards. I got to see my family and work with my coach, and got to wind down for a day and a half, which was a lot more than I’ve been getting lately, so that was nice,” said Newcomb.

Newcomb is making his second career start on the Mackenzie Tour and is playing out of a category for members of PGA TOUR Latinoamérica, where he ranks eighth on the Order of Merit thanks to a win at the Honduras Open presented by Indura Beach and Golf Resort.

Newcomb played college golf at Murray State, where he collected nine individual victories. He co-held the lead at the Staal Foundation Open presented by Tbaytel through 54 holes but fell to a final round 79 and finished T38.

His 8-under 62 matches the Windermere Golf and Country Club course record set by Joe Panzeri and Matt Marshall at the 2012 ATB Financial Classic. The course played as a par-71 in 2012.

Two-time World Long Drive Champion Jamie Sadlowski, who grew up two hours away in St. Paul, Alberta, opened with a 1-under 69.