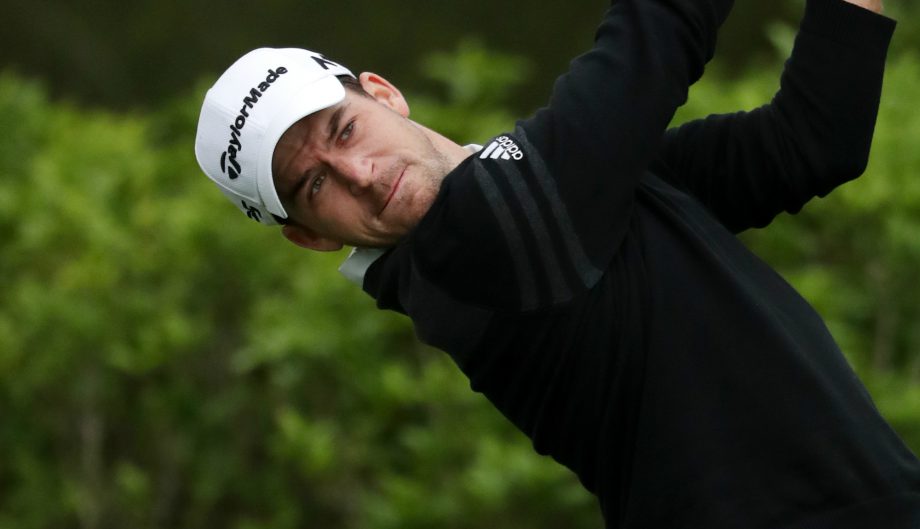 Patrick Reed birdied his final two holes for a 5-under 67 to surge into the lead Saturday at the Wells Fargo Championship, but not by much.

With one round remaining at Eagle Point, the tournament remains wide open, even for Dustin Johnson.

Reed stuffed a short iron into 4 feet on No. 17 and reached the 580-yard 18th hole in two for a two-putt birdie, giving him a one-shot lead over John Rahm of Spain and Alex Noren of Sweden.

Noren missed a 5-foot birdie putt on the last hole that would have tied Reed at 8-under. Noren and Rahm each shot 69.

Seventeen players were within four shots of the lead. That includes Phil Mickelson (69) and Johnson, who had a 67 despite missing a half-dozen chances from inside 15 feet on pure greens. Mickelson and Johnson are both 4-under.

Canadian Nick Taylor sits T8 after a 1-under round of 71. He started strong on the front nine pouring in two birdies and no bogeys.

On the back nine, Taylor was up-and-down, recording three birdies and two bogeys. He’s three strokes behind Reed. Fellow Canadian Mackenzie Hughes is T19 at 3-under.

The second-round was finished this morning due to a three-hour rain delay Friday. 36-hole leader Franceso Molinari is part of a group of four at 6-under.