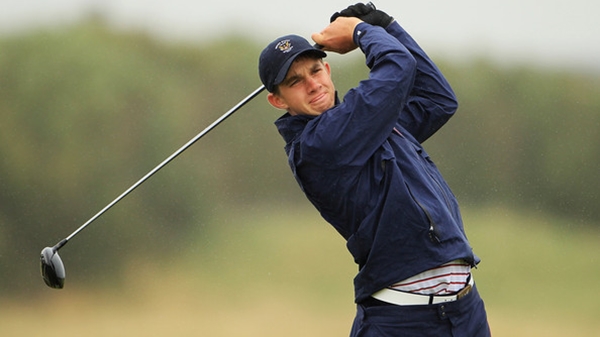 STANFORD, Calif. – Stanford junior Patrick Rodgers, the No. 1 ranked amateur in the world, said Monday that he will forgo his final year of eligibility to pursue a professional career after this season.

The two-time All-American said he decided to make the announcement now because he didn’t want the growing speculation about his future to become a distraction for the team. The eighth-ranked Cardinals are hoping to make a deep run at the NCAA championships in May before Rodgers leaves.

“I think we have an amazing team – the best that we’ve had in my three years here – and we have an opportunity to do something special,” Rodgers said in a statement issued through the university. “I want to put all of the focus on trying to win a national championship for the team.”

Rodgers arrived at Stanford in 2011 as one of the nation’s top recruits from Avon, Ind., where he won two state championships. He has won seven tournaments in less than three full seasons at Stanford and also helped the U.S. team win last year’s Walker Cup, the amateur version of the Ryder Cup.

Rodgers’ 70.55 average strokes per round are the best in Stanford history, bettering Tiger Woods’ 70.96. His seven career wins are tied with Joel Kribel for the second most in school history. Only Woods, with 11, has more.

“The numbers speak for themselves,” said Stanford men’s golf coach Conrad Ray. “He’s one of the best college golfers we’ve ever had. It’s bittersweet for me, because as a coach and a guy that values his role on the team, we’re going to hate losing him. Even if it was next year after graduation, we’d love to take 10 guys like Patrick and see how we’d do. His work ethic is insatiable.

“He has characteristics of world-class players. It’s a credit to him that he has taken a lot of well-thought time to analyze the situation he has in front of him. To Patrick’s credit, he’s made all the right steps and moves to date. You have to trust in his instincts and direction he’s going with his game.”

Rodgers has some experience on the PGA Tour already.

He has played in four PGA Tour events, including taking the lead at the John Deere Classic last year before finishing 15th. He said he plans to return to Stanford at some point to finish his degree.

“Stanford has done so much more for me than golf,” Rodgers said. “The immense social network between alumni and students is just incredible. Both the golf program and academic environment have accelerated my progress beyond what I ever thought possible and prepared me really well for life on the PGA Tour. I couldn’t have done what I have done so far without the help of Stanford University.”