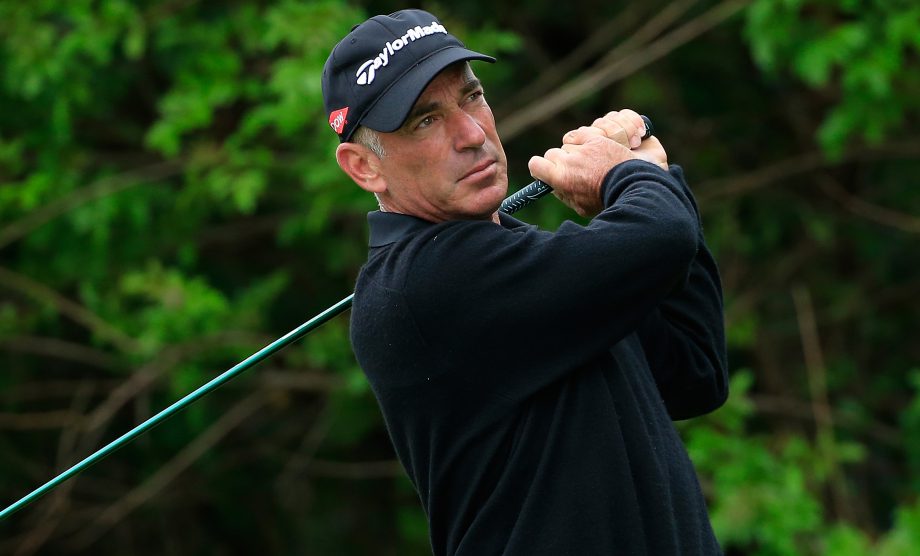 BOCA RATON, Fla. – In conditions that more resembled a British Open than South Florida, former major champions Corey Pavin and Todd Hamilton shot 6-under 66s Friday to tie for the first-round lead in the Allianz Championship.

Pavin won the 1995 U.S. Open among his 15 PGA Tour titles. He made four birdies in a five-hole stretch on The Old Course despite 20-mph winds and temperatures in the 50s at the start of the PGA Tour Champions event.

“It played tough today,” Pavin said. “The only thing that made the course a little easier was the greens were receptive. If they were firm, it would have been really difficult.”

Hamilton, the 2004 British Open champion, reeled off four consecutive birdies on his back nine.

Pavin has won just once in 111 starts on the PGA Tour Champions circuit – he took the 2012 Allianz Championship, thanks to a left-handed chip with an 8-iron that saved par.

“Never before and never after,” Pavin said of that recovery shot. “It’s been hard for me to win out here, I’ll tell you what. I’ve played some good golf and not won. On this tour all these guys have won a lot of tournaments. It’s not like you’re playing against guys who have never won. They know how to win.”

This was Hamilton’s fourth start in the 50-and-older competition.

“The wind conditions were similar (to the British Open), but the ground conditions weren’t because they’ve had some rain here lately,” Hamilton said. “I knew I was climbing the leader board a little bit. I knew whoever shot 6-under would be pleased.”

Another major champion, 1996 British Open winner Tom Lehman, birdied his last hole to share third place with Billy Andrade after 67s. Lehman made three birdies in a row on the front nine.

Defending champion Paul Goydos was tied for 13th with a 70.

Canada’s Stephen Ames shot 1-under and was tied for 23rd place, while compatriot Rod Spittle was 45th at 1-over.