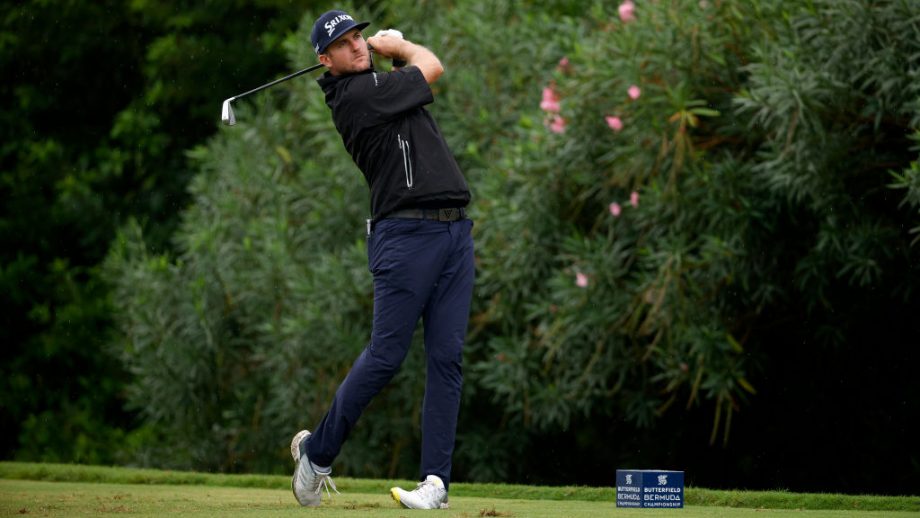 Taylor Pendrith tees off on the fourth hole during the final round of the Butterfield Bermuda Championship at Port Royal Golf Course on October 31, 2021 in Southampton, Bermuda. (Photo by Cliff Hawkins/ Getty Images)
Golf Canada

SOUTHAMPTON, Bermuda – Taylor Pendrith has plenty to be proud of after competing in the Butterfield Bermuda Championship this past weekend. The Richmond Hill, Ont. recorded his best finish on the PGA TOUR at T5 and broke a tournament record earlier in the week.

A rookie for the 2020-2021 season, Pendrith graduated from the Korn Ferry Tour last year. Prior to this tournament his best finish was at the Barbasol Championship where he placed T11.

Support for Pendrith flooded in from every corner of the country this weekend with supporters taking to social media to wish the rookie good luck. One of those supporters was fellow Team Canada member Corey Conners who recently attended Pendrith’s wedding.

Pendrith is keen to learn from the experience as he heads to Mexico for the Mayakoba World Wide Technology Championship next week.

“Lots of positives. Obviously it’s my best finish out here,” said Pendrith. “It was a tough Sunday, which I guess I’ll learn a lot from that, but to have a good week was great. I really hadn’t played much golf in the last two weeks, I think maybe twice, and I didn’t see the golf course until Thursday, so pretty pleased overall.”