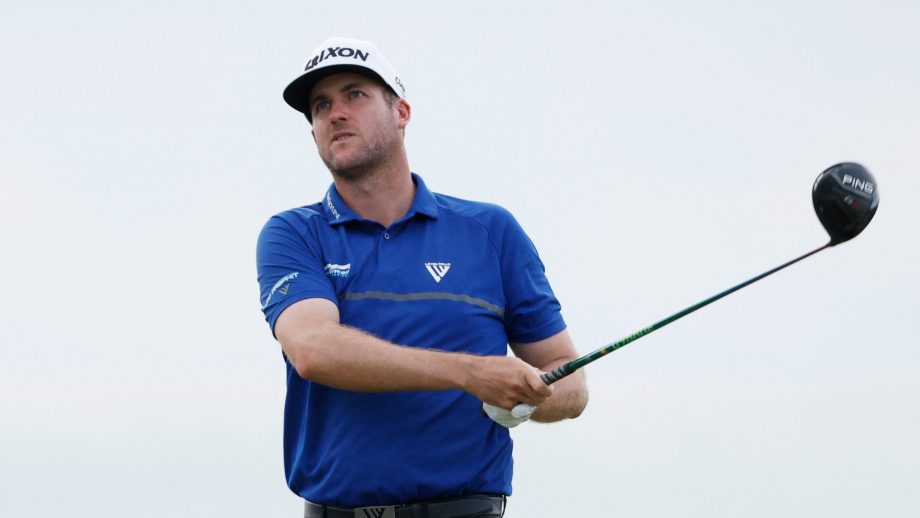 SOUTHAMPTON, BERMUDA - OCTOBER 29: Taylor Pendrith of Canada plays his shot from the ninth tee during the second round of the Butterfield Bermuda Championship at Port Royal Golf Course on October 29, 2021 in Southampton, Bermuda. (Photo by Cliff Hawkins/Getty Images)
Golf Canada

Southampton, BER. – Friday was a good day for PGA TOUR rookie Taylor Pendrith. After competing in the 2nd round of the Butterfield Bermuda Chapionship, the Richmond Hill, Ont. native sits in the top spot on the leaderboard.

Pendrith fired 10 under par 61 with five consecutive birdies and an eagle on the 17th hole. The performance broke the course record.

“It was great. Felt a lot easier out there than yesterday obviously, so it
was nice to make some birdies. Got off to a great start and then made the turn. Made eagle on 17 and had a good look on 18. And I got five in a row I guess on the front nine, gave me some momentum and the putter was hot, saw some putts go in. Seemed like everything had a chance to go in”.

The Butterfield Bermuda Championship marks the 13th career start for Pendrith who earned his way onto the the PGA TOUR this season after competing in the Korn Ferry Finals. His previous best performance was at the 2021 Barbasol Championship where he finished 11th on the leaderboard.

Fellow Canadian Adam Svensson also held a spot in the top 10 with a score of 6 under. Adam Hadwin moved up the leaderboard 28 spots to finish 1 under, and David Hearn made the cut at minus 1.

Round 3 is set to commence Saturday morning. View the full leaderboard here.