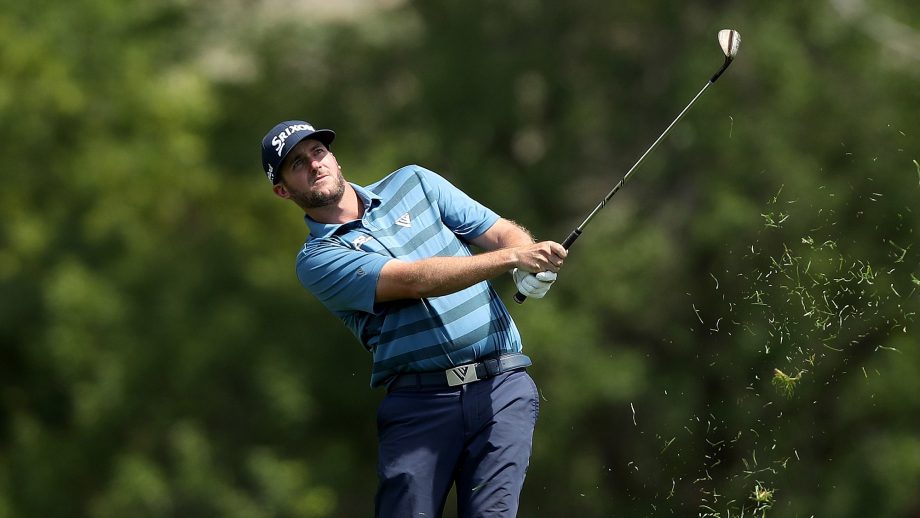 SAN ANTONIO, Texas – Less than six months removed from his first Korn Ferry Tour victory at the Panama Championship, Davis Riley became the first player this season to win twice on Tour with a two-stroke win at the TPC San Antonio Championship at the Oaks. Riley posted a final-round 5-under 67 on Saturday and finished at 16-under for the week to top Paul Barjon and Canadian Taylor Pendrith.

With the win, the former University of Alabama star moves to the top spot on the season-long Korn Ferry Tour points standings and is one win away from the three-win “Battlefield Promotion” to the PGA TOUR. The feat has only been accomplished 11 times in the Tour’s history, most recently by Wesley Bryan in 2016.

“I got off to a good start there birdieing the first hole and kind of slowed down there in the middle,” said Riley, who made the turn at 1-under 35. “But I tried to remember what I did yesterday where I played really well on the back nine. I think I birdied three of the last four today and I’m really proud of the way I handled myself. I give a lot of props to Panama week, being able to pull from those memories.”

Riley’s finishing stretch was cinematic. He holed out from the bunker on 15 before throwing a dart with his approach to 18 inches at the par-3 16th. He burned the edge for birdie at the 17th before entering the 18th with a one-shot lead. Playing in the last group of the day and knowing he just needed par to win, Riley again stuck his approach shot inside two feet and tapped in for a closing birdie.

“I tried to control my breathing,” said Riley of his experience approaching the 18th green, which is guarded by a creek. “Because it’s a 95-yard wedge shot. I’ve hit that shot a thousand times within 10 feet.”

Riley edged two players who have been extremely familiar with the top of the leaderboard over the past two weeks in Barjon and Pendrith. Barjon went T3-T2 over the last two weeks at TPC San Antonio (first on the Canyons Course, followed by the Oaks Course), while Pendrith has gone T3-2nd-T2 over his last three starts. Pendrith, a Team Canada Young Pro Squad member, was the college roommate of PGA TOUR player Corey Conners, the defending champion of the Valero Texas Open.

Ironically, the last tournament Riley played, the TPC Colorado Championship at Heron Lakes, he was passed in the standings by his roommate, Will Zalatoris. Zalatoris won in Colorado to claim the top spot in the standings, and this week finished T5 before waiting at the 18thgreen to see Riley finish.

“I was there on 18 to congratulate him in Colorado,” said Riley. “I know what he felt and it’s a really good feeling to win…You’re happy for him but at the same time it kind of fired me up. I was ready to go this week. Now we have three trophies in there, hopefully we can just keep building that up…We just push each other every day and play a lot of golf together. It’s good to have someone just as good or maybe better than you to play with, it’s a lot of fun.”

Zalatoris, for his part, rose to T5 despite a first-round 77 that left him T141 after the first round. Zalatoris has now posted five consecutive top-10s, one shy of the Tour’s record. The roommates, who live in Dallas, now hold the top two spots in the standings.