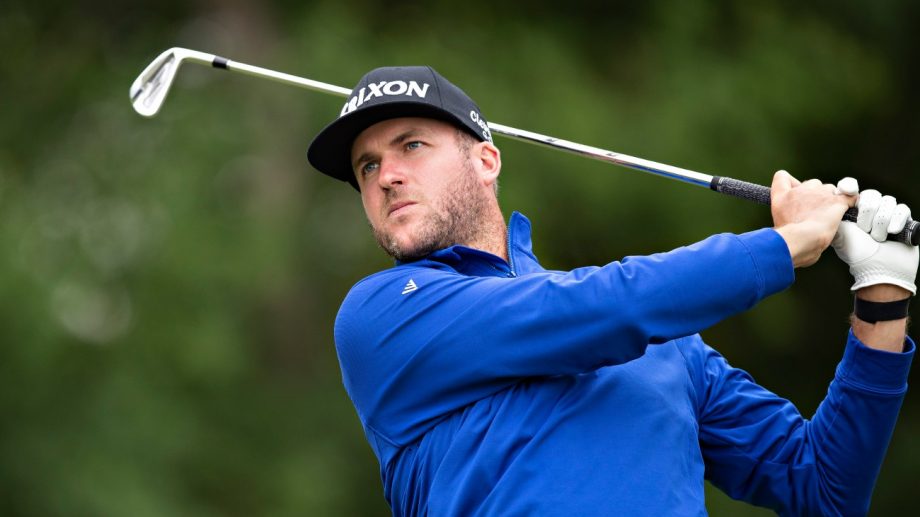 ARLINGTON, TEXAS - APRIL 23: Taylor Pendrith tees off on the 3rd hole during the second round of the Korn Ferry Tour Veritex Bank Championship at the Texas Rangers Golf Club on April 23, 2021 in Arlington, Texas. (Photo by Wesley Hitt/Getty Images)
Canadian Press

Pendrith, from Richmond Hill, Ont., shot a final round of 7-under 64 Sunday at the Veritex Bank Championship, which moved him up 27 spots into a tie for 15th.

The 51 ranking points he earned at the tournament gave Pendtirh, who is currently third on the tour’s money list, a total of 1,748. The Korn Ferry Tour calls the 1,700-point mark its “fail-safe threshold” for earning a PGA Tour card for next season.

“It’s been a long journey, for sure, starting in 2014 when I turned pro” the 29-year-old Pendrith said in an interview posted on the Korn Ferry Tour’s Twitter feed.

Pendrith has six top-10 finishes on the Korn Ferry Tour this year. He was runner-up at the Wichita Open and finished tied for second at the Pinnacle Bank Championship and the TPC San Antonio Championship.

The top-25 players on the Korn Ferry Tour’s money list at the end of the season earn a place on the PGA Tour for the following season.

Graham DeLaet of Weyburm, Sask., started the season on tour but has been off since undergoing a back procedure in February.