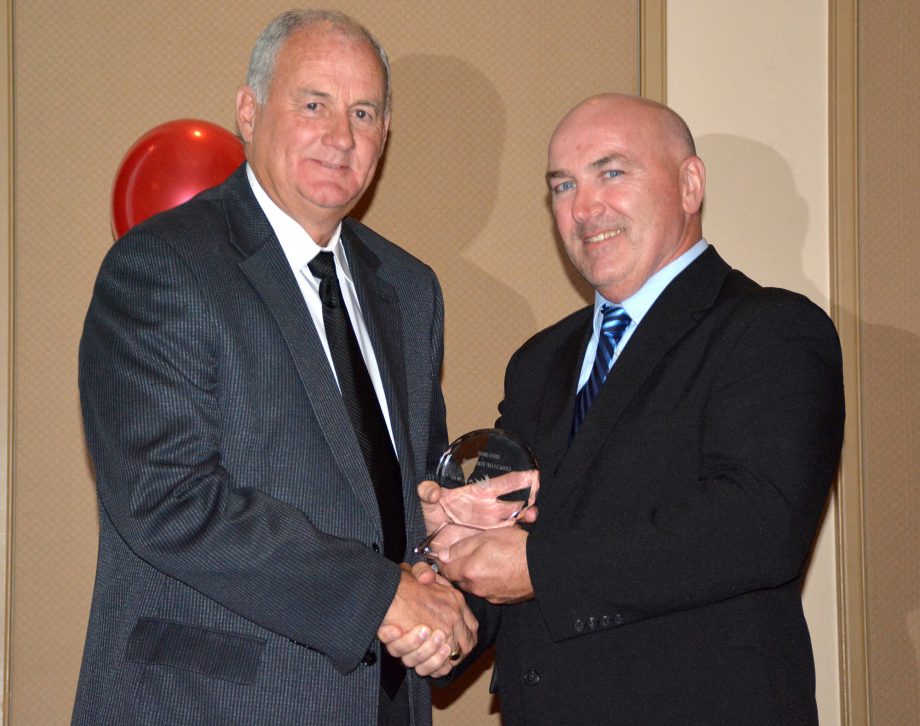 Bill Penny of the University of Alberta – Augustana Vikings has been named the Canadian Collegiate Athletic Association Golf Coach of the Year.

Penny received the award this evening at the 2015 PING CCAA Golf National Championship banquet in Abbotsford, BC.

Penny led the Vikings men’s golf team to gold at the ACAC Championships in only their third year of existence.

“As a coach, he has taken the program at University of Alberta – Augustana from start up to conference championship in three short years,” said CCAA Golf Convenor Albert Roche. “This result is a testament to his coaching ability and his commitment to achieving long term goals.”

Braxton Fox and Michael Harrison of the Vikings won individual gold and silver, respectively, at this year’s Conference Championships.

In the program’s first season, two players went to the ACAC Championships. In Year 2, five made it to provincials and this season, all nine players qualified for the Conference Championships.

Through his continuing education, Penny earned the status of Master Professional in 2003, an accomplishment very few in the CPGA have achieved. Basing his Thesis on his experiences throughout a great career, “Building and Managing a World Class Golf Facility” is truly an interesting read for many aspiring professionals and everyday golfers alike.

Penny has positioned himself as a true leader in the industry, well versed and knowledgeable in all aspects of the game and business of golf.

“Bill has devoted a career towards the development of golf in Canada and beyond,” said Roche.