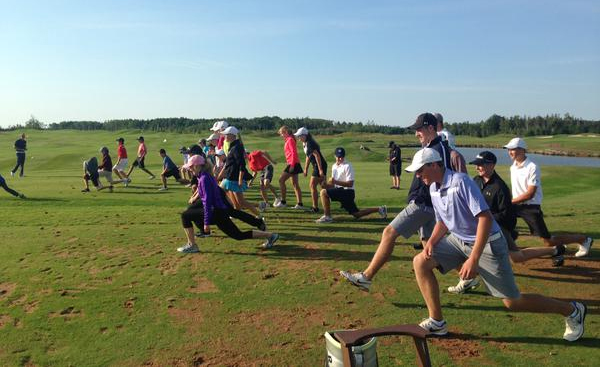 WALLACE, N.S. – The first of two Golf Canada Performance Camps this year was conducted on Sept. 6–7 at the Fox Harb’r Resort in Wallace, N.S., as part of an initiative to support the growth and development of Canada’s next generation of junior golfers.

The Performance Camps, now in their fourth year, are conducted by Golf Canada in conjunction with the provincial associations to address the talent of budding athletes across the country—in this case, Atlantic Canada. Team Canada’s Lead Development Squad Coach, Robert Ratcliffe, has been at the helm of the project since the first camp was conducted in 2012.

“Each year, these camps provide great insight into the skill levels of some of Canada’s best young players,” said the PGA of Canada Class ‘A’ member. “We hope to help provide some guidance and information to assist them along the path to reaching their full potential.”

The Performance Camps have continued to adapt to best optimize the amount of time available between the athletes and PGA of Canada professionals on hand.

“We’re always looking at new ways of adjusting the itinerary to make the most of our time with the athletes,” said Ratcliffe, a Comox, B.C., native. “The coaches continue to make sure we collect valuable data while also providing one-on-one instruction and coaching.”

Supporting Ratcliffe at Fox Harb’r were four provincial coaches—all of whom are trained under the PGA of Canada’s Coach of Developing Competitor context. Together, they led over 30 participants through detailed training stations, which included FlightScope, Shot-by-Shot, uncommon short game and fitness tests. Those sessions were followed by in-depth performance analysis and one round of nine holes.

While the focus is on helping the athletes, the Performance Camps also serve as a means of talent identification for Team Canada’s High Performance programs. Each camp is concluded with a performance planning class that ends with insight into how to make Canada’s national squads.

The second and final Performance Camp of 2015 will be conducted at the Beauceville Golf Club in Québec from Sept. 18–19.