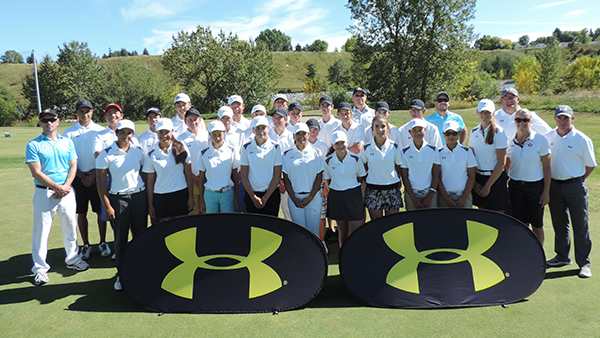 Ontario’s Performance Camps powered by Under Armour begin on Saturday, with over 30 of the province’s top juveniles showcasing their talent at Whistle Bear Golf Club, a Junior Golf Development Centre in Cambridge.

The event, now in its third year, consists of a two-day training camp designed to both coach and scout juveniles, an age group in need of guidance leading up to potential years of high performance activity.

In previous years, Golf Canada and Under Armour ran the events in conjunction with the CN Future Links Championships, which restricted coaching efforts prior to the tournament.

Robert Ratcliffe, Team Canada’s Lead Development Squad Coach, is running the event again this year but with more of an emphasis on coaching and instruction.

“In the past we gathered a ton of feedback and testing results, but there wasn’t a lot of coaching” said Ratcliffe, who was in China last month to coach Canada at the Summer Youth Olympics. “This year we pushed the camps back to September, out of tournament season, to give more freedom for coaching and instruction.”

Ratcliffe will have support from five PGA of Canada professionals, who will be on hand assisting at the various stations created throughout the camp. Each teaching professional is fully certified under PGA of Canada’s Coach of New Competitor context.

“These camps give us a great opportunity to look ahead and gather some data on younger players,” said Ratcliffe. “We don’t normally get access to the juvenile age group, and these camps really help us discover these players from a national standpoint.”