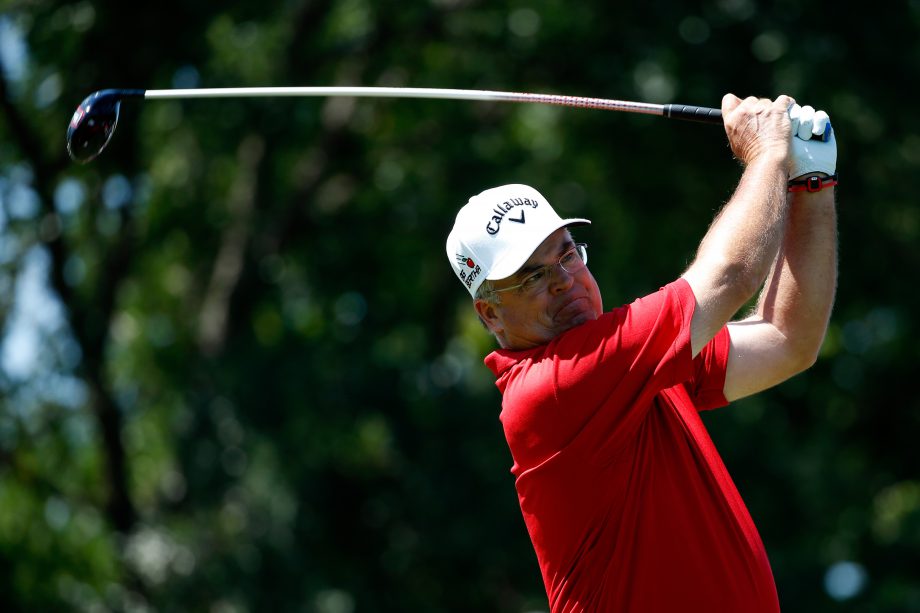 BLAINE, Minn. – Comfortably in front, Kenny Perry felt uneasy for most of his 18 holes Sunday.

Afterward, he couldn’t have been much happier.

Perry breezed to his second straight victory in the Champions Tour’s 3M Championship, shooting a 4-under 68 for a four-stroke victory over Bernhard Langer, Scott Dunlap and Kevin Sutherland.

After shooting a 61 on Saturday to take a four-stroke lead, Perry had six birdies and two bogeys in the final round to finish at 18-under 198. He became the first player to successfully defend a title in the tournament’s 23-year history, winning for the eighth time on the 50-and-over tour.

Last year, Perry made a 15-foot birdie putt on the final hole to beat Langer by a stroke at TPC Twin Cities.

Langer closed with a 67, and Dunlap and Sutherland each shot 68.

In seven appearances in the event, Langer has won twice (2009 and 2012) and finished second three times.

“The putts didn’t drop. I had a bunch of opportunities and I shot 5-under, but if I putt well it could have been 9 or 10 under,” he said.

Marco Dawson, the Senior British Open winner last week, had a 68 to finish fifth at 13 under. Dealing with a painful back, Minnesota native Tom Lehman, who led after a first-round 64, shot a 69 to finish sixth at 12 under.

The 54-year-old Perry is 46 under for his last seven rounds in the event. In five tournament appearances, he has two wins, a second, third and seventh.

“Kenny Perry is just better on this course,” Langer said. “It’s his length that really suits him here.”

“When you can play mid-irons instead of a hybrid or a wood, you’ve got a huge advantage and you can actually stop the ball a little bit,” Perry said.

Perry opened a five-shot lead with a birdie at No. 10. He had a bogey on the par-4 14th, dropping his lead back to four, but responded with a birdie two holes later.

Knowing the tournament was pretty much over with his birdie at 16, Perry still couldn’t relax with water on the par-3 17th – which he double-bogeyed Friday – and the par-5 18th.

“This tournament’s never really over `til it’s over,” he said.

The day didn’t start out well for Perry when his four-shot lead after the second round quickly dropped to two after a first-hole bogey coupled with a birdie by Sutherland.

Each player birdied two of the next four holes, before Perry birdied the par-5 sixth for three-shot cushion. It expanded to four when Sutherland recoded bogey on the par-3 eighth.

“To Kenny’s credit, he played fantastic golf all day, and I slowed down,” Sutherland said. “I didn’t make any birdies until 18,”

Sutherland was a cumulative 13 under on his first five holes during the tournament, 1 under on the others.

“I gave myself a chance, I got off to a really good start, gave myself an opportunity, but, unfortunately, wasn’t able to extend it,” he said.

Canadian Stephen Ames finished T7 with a final round of 4-under 68.