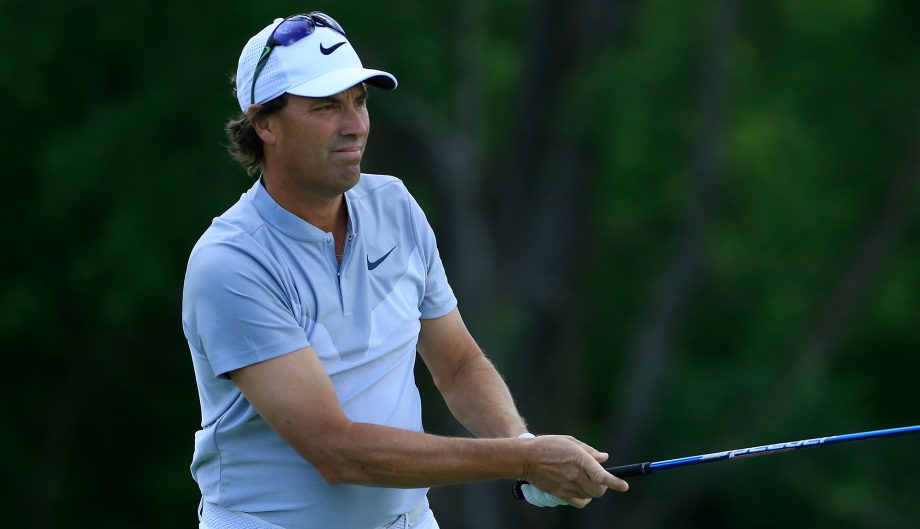 PEABODY, Mass. – Kenny Perry claimed his second U.S. Senior Open on Sunday, pulling away from Kirk Triplett at Salem Country Club to finish at 16 under and win by two strokes.

The 56-year-old Perry closed with a 2-under 68 for a record score of 264. Perry also won the event in 2013 in Omaha, Nebraska. It is his fourth major victory on the senior tour.

Perry started the day a stroke behind Triplett but five ahead of the next-closest contender, Brandt Jobe. Triplett, who tied the tournament record with a 62 in the opening round, had five bogeys Sunday and shot 71.

Jobe had a 70 to finish seven strokes back. Tom Lehman and Fred Couples each shot 69 to tie for fourth at 8 under.

Perry’s 264 total was three strokes better than the U.S. Senior Open record set by Hale Irwin at Saucon Valley in 2000 and matched by Perry in 2013. Perry was the only player to shoot under par in each of the four rounds at the 6,815-yard Donald Ross-designed course, which also hosted the tournament in 2001.

That year, Bruce Fleischer won at even par.

But overnight rain before the first three rounds softened the greens, and Triplett and Jobe each took advantage with rounds of 62 – matching the lowest score in a PGA Tour Champions major.

“Today was probably how they wanted the golf course to play all week,” said Jobe, who played his other three rounds at a combined 1 under. “It was hard out there.”

Triplett started the final day with a one-stroke lead but it didn’t last long. Perry birdied the first hole and then took the lead for good when Triplett dropped a stroke on No. 5. By the ninth hole, Perry’s lead was four strokes, and Jobe had closed within two shots of second place.

Triplett, who only had two total bogeys in the first three rounds, had five on Sunday. Perry played bogey-free, with a pair of birdies.

Perry has nine overall victories on the 50-and-over tour after winning 14 times on PGA Tour. He lost a playoff to Mark Brooks in the 1996 PGA Championship at Valhalla in his home state of Kentucky.