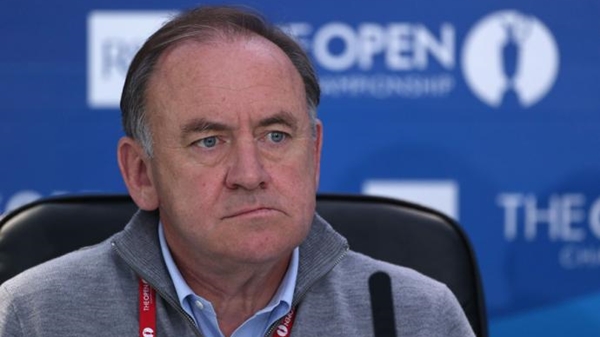 LONDON – Construction on the golf course for the 2016 Olympics in Rio de Janeiro remains way behind schedule, putting in jeopardy a planned test tournament next year, according to the head of the International Golf ‘Federation.

“We are not satisfied,” IGF President Peter Dawson said. “I was down there (in Rio) just recently, and while the design of the course looks really good, the progress with the construction is not where we want it to be.”

“There are no green shoots on the course yet – unless they are weeds,” he said.

The course at Venue Reserva de Marapendi, designed by American architect Gil Hanse, has been plagued by delays over land rights and construction holdups. The course was originally scheduled to be completed by 2014.

With golf returning to the Olympics for the first time since 1904, the IGF had planned to stage a test tournament in Rio next year. The IOC requires local organizers to stage test events for each sport a year ahead of each games.

But the golf test event may not take place.

“There have been so many revisions in the plan it’s quite hard to say how far behind they are, but I think we are going to struggle to get a test event a year before the games,” Dawson told reporters Wednesday in St. Andrews, Scotland. “I’m not writing that off completely, but we have to recognize that might be difficult.”

Dawson, who is also chief executive of the Royal & Ancient, said there was no “plan B” for the games but he does expect the course to be ready for the Olympics.

“I wouldn’t say I’m disturbed at this point,” he said. “I’d much rather we were further ahead. I still think it will be ready in time for the Olympics.”

Construction on the course was delayed by a court case involving the title holder of the property and a developer who claimed legal rights to the land and wanted to build houses instead of the golf course.

“There have been meetings held last week in Rio to revise the plan, increase manpower and facilities, which is designed to bring the project back on track,” Dawson said.

Golf is not the only sport facing delays in Rio. The IOC warned Rio organizers last week “there is not a moment to lose” to meet the tight deadlines.

“Rio has got quite a few challenges ahead of them to get things done in time,” Dawson said. “We are new to the Olympic Games. Maybe this is normal. However, I think it’s particularly disappointing given how long ago we got in among this and got things started.”