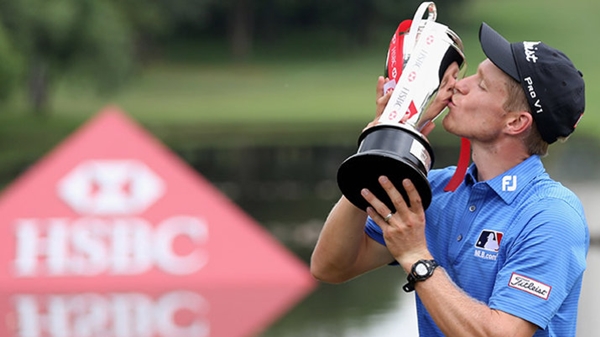 SAO PAULO – Peter Malnati won the Brazil Champions on Sunday for second Web.com Tour title, birdieing the final three holes for a 5-under 66 and a four-stroke victory.

Malnati finished at 22-under 262 at Sao Paulo Golf Club. He earned $153,000 to jump from 88th to second on the money list, putting him in position to earn a PGA Tour card.

“This is a big win. This is a big event. That’s the best kind of stress ever,” said Malnati, whose wife, Alicia, caddied for him. “That’s so much fun, but it really is stressful. I don’t know the math but this is one of our biggest purses and it doesn’t guarantee me of anything, it does help a lot to get me back to the PGA Tour and that’s been my goal from the start.”