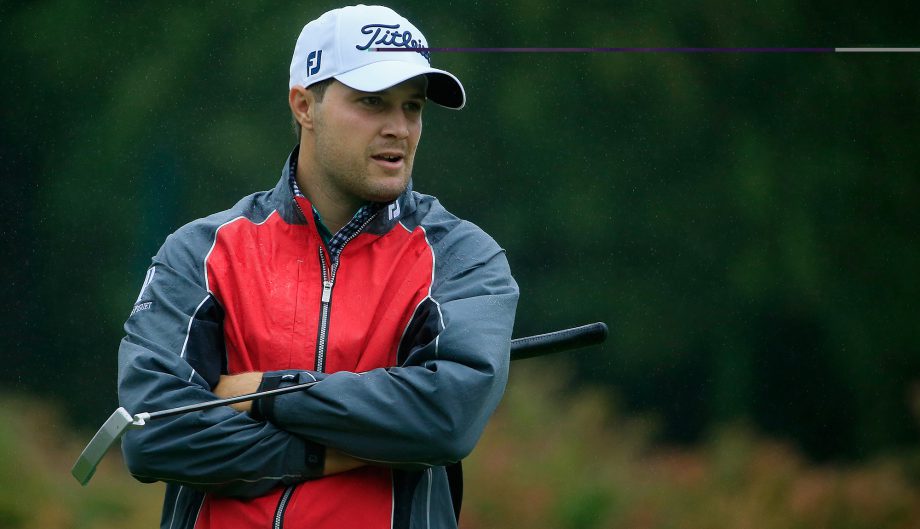 Uihlein closed with a 6-under 65 on Ohio State’s Scarlet Course to beat former Buckeyes player Ryan Armour by a stroke.

Uihlein earned $180,000 to wrap up a PGA Tour card as a top-25 finisher in the four-event series. The 28-year-old former Oklahoma State player from Massachusetts has played four seasons on the European Tour, winning the 2013 Madeira Islands Open. He entered the week 12th in the European Tour’s Race to Dubai.

“There’s so many good events now in Europe,” Uihlein said. “It’s really tough. I got to sit down and look at both schedules. I just don’t know. I don’t know next year’s schedule in Europe. I haven’t looked at the PGA Tour schedule. Right now, I don’t know where I’m going to be playing, but I’m going to try and do both and see what happens.”

“This is a proper test,” Uihlein said. “You got to drive the ball well. You got to hit your irons well. And it’s a shame that it rained because that first day was phenomenal for how fast the greens were, how difficult it was. It changed your mindset a little bit, you need to make some birdies. But it’s not a walk in the park.”

The series features the top 75 players from the Web.com regular-season money list, Nos. 126-200 in the PGA Tour’s FedEx Cup standings – Armour was 159th – along with Uihlein and other non-members with enough PGA Tour money to have placed in the top 200 in the FedEx Cup had they been eligible.

The top-25 finishers on the Web.com regular-season money list have earned PGA Tour cards. They are competing against each other for tour priority, with regular-season earnings counting in their totals. The other players are fighting for 25 cards based on series earnings.

“Mission accomplished,” Armour said. “The job was to get back to the tour, and that’s what happened. I already have a start in Napa, So, that is something that you can take as a positive, and old Scarlet here, I mean she’s tough, and I finally got a little piece of her. But the old girl is a really hard golf course.”

Andrew Landry (68) and Tom Lovelady (70) tied for third at 11 under and each made $58,000. Landry already has a PGA Tour card through the Web.com money list, while Lovelady was 29th in the regular season.

Canadian Corey Conners of Listowel, Ont., finished as the top Canadian at 5 under par to close with a share of 13th.