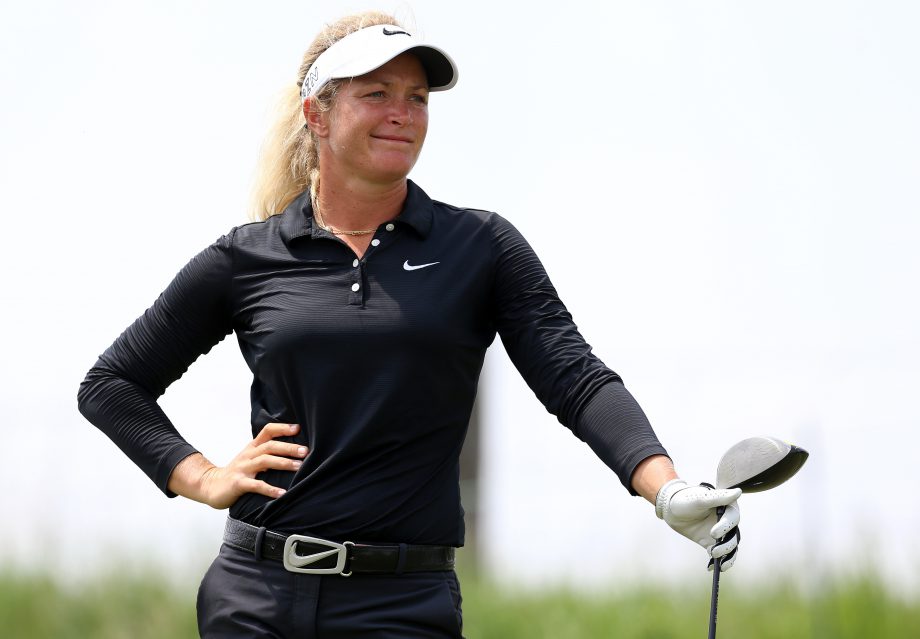 CAMBRIDGE, Ontario – Suzann Pettersen shot a 7-under 65 on Friday for a share of the second-round lead with Mariajo Uribe in the Manulife LPGA Classic.

Pettersen had seven birdies in a 10-hole stretch at Whistle Bear Golf Club. The 34-year-old Norwegian player won the last of her 14 LPGA Tour titles in 2013.

Uribe, from Colombia, had five birdies in a 66 to match Pettersen at 13-under 131. She won the tour’s unofficial HSBC Brazil Cup in 2011.

Cristie Kerr, tied for the first-round lead with Cheyenne Woods and P.K. Kongkraphan after matching the course record with a 63, was a stroke back after a 69. She won the Kia Classic in California in March for her 17th LPGA Tour title.

Kongkraphan also struggled, shooting a 75 to fall into a tie for 35th at 6 under.

Second-ranked Inbee Park, the winner last year at Grey Silo, had a 68 to reach 7 under.

Canadian Alena Sharp was the top Canadian. The Hamilton, Ont., native was tied for 23rd at 7 under after a 70 Friday.

Brooke Henderson, the 17-year-old Team Canada member who was third in the Swinging Skirts in April in California, missed the cut by a stroke with rounds of 71 and 70.