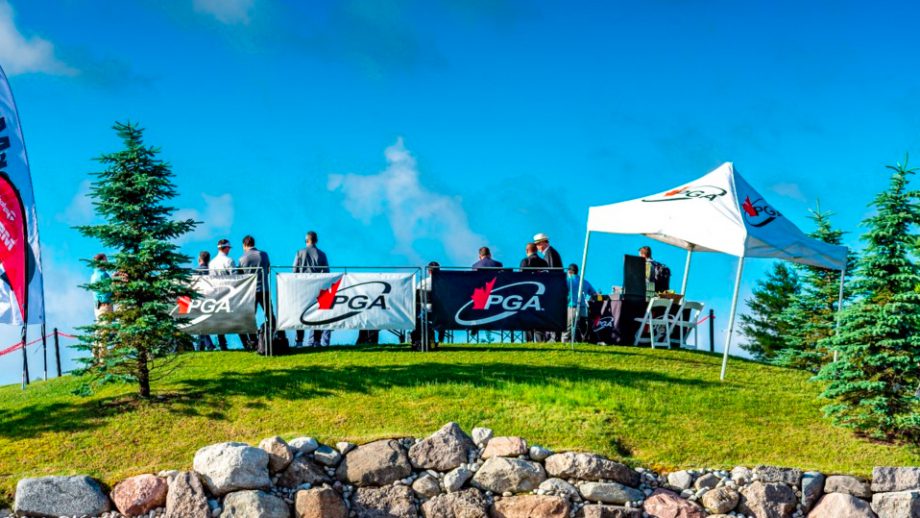 ACTON, ON (May 20, 2020) — The 2020 PGA Championship of Canada has been postponed after careful consideration from the PGA of Canada and lead sponsors TaylorMade Golf Canada and adidas Golf.

In addition, the PGA of Canada has decided to pause its player rankings for 2020 given the uncertain impact of COVID-19 on events across the country.

“There is no denying this is an unpredictable year for professional tournaments,” said Adam LeBrun, managing director of championships and foundation at the PGA of Canada. “Given the uncertain nature of inter-provincial travel and other restrictions due to COVID-19, we felt it was prudent to postpone the championship and pause the association’s player rankings this year.”

The PGA Championship of Canada was scheduled for July 6-10 at Royal Mayfair Golf Club in Edmonton, Alta.

Due to scheduling conflicts, Royal Mayfair is unable to host the tournament later in the season but has stated they are eager to work with the PGA of Canada to see the event return in the near future.

“We are disappointed we will not have the opportunity to host the association’s top professionals this year, but we fully support the PGA of Canada’s decision to postpone the event,” said Royal Mayfair’s director of golf Matthew Johnson. “It is our hope to return as a host venue for this prestigious championship in the near future.”

The PGA of Canada and its partners continue to monitor COVID-19 developments across the country and will evaluate all opportunities to see the championship contested later in the season.

“We are thankful for Royal Mayfair’s enthusiasm to host and to our partners at TaylorMade Golf Canada and adidas Golf for their flexibility and understanding as we navigate these unusual times together,” added LeBrun.

The association and its nine zones have decided to hold off awarding player ranking points in 2020 given the ever-evolving event season ahead.

PGA of Canada professionals accumulate points on a three-year rotation based on tournament performance at the zone and national level. As a result of this year’s pause, the current PGA of Canada Player Rankings presented by RBC will carry over to next year.

The ’19 PGA Championship of Canada was won by Dustin Risdon of Calgary, Alta., who bested Oliver Tubb 3 & 1 in the final match. Risdon became a two-time national champion and now sits at No. 12 on the PGA of Canada Player Rankings presented by RBC.

Past PGA Championship of Canada winner Pierre-Alexandre Bedard of Chibougamau, Que., will hold on to his No. 1 ranking heading into 2021.

Updates regarding upcoming national championships will be provided 8-weeks prior to the scheduled start of each tournament.