PGA of America sticking with future tournaments at Trump courses 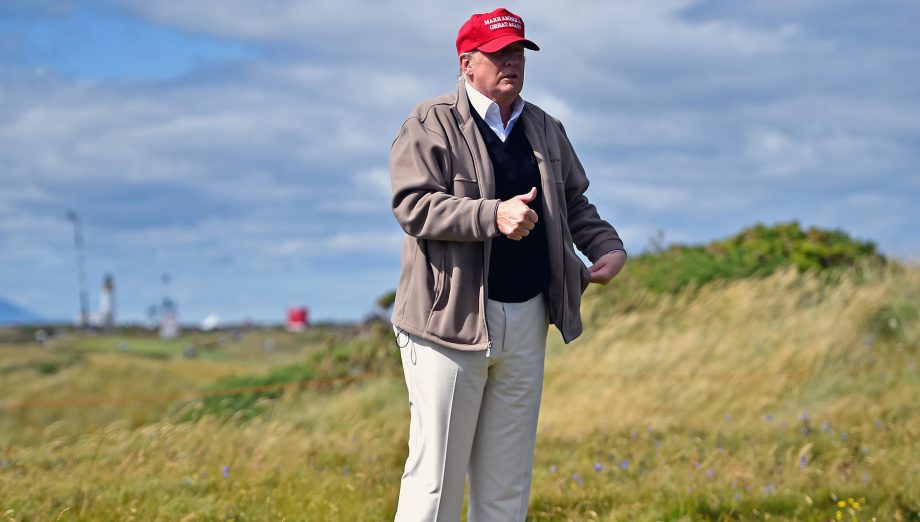 SHEBOYGAN, Wis. – The PGA of America has no plans to take two golf tournaments away from courses Donald Trump owns over the next seven years.

“Both of those are scheduled,” PGA chief executive Pete Bevacqua said Wednesday.

Trump’s comments about Mexican immigrants when he launched his presidential campaign caused golf organizations that have deals with his courses to issue statements that they don’t support his views, and they distanced themselves from the GOP candidate when Trump said the golf industry supports him because “they know I’m right.”

“We have a relationship with the Trump organization as a golf entity,” Bevacqua said. “That’s what we’re focused on.”

He said the Trump organization is “certainly a factor in golf,” and noted that he employs PGA of America members.

“I think presidential politics are probably more top of mind than golf,” Bevacqua said. “We certainly don’t comment necessarily on presidential politics. We don’t agree with everything that’s been said or done. But we’re monitoring the situation and we made the one decision about the Grand Slam. And we haven’t made really more decisions other than that, other than what’s already previously scheduled.”

The PGA Grand Slam is a 36-hole exhibition Oct. 19-21 for the four major champions of the year. Trump and the PGA announced jointly that it would move this year.

“We didn’t want the Grand Slam or any one of our events to be compromised by politics or to be any kind of a political football,” Bevacqua said. “That’s not what we want to bring to golf. That would be unfortunate. It wouldn’t be fair for anybody involved in the Grand Slam.”

The PGA has not said where the Grand Slam will be played.