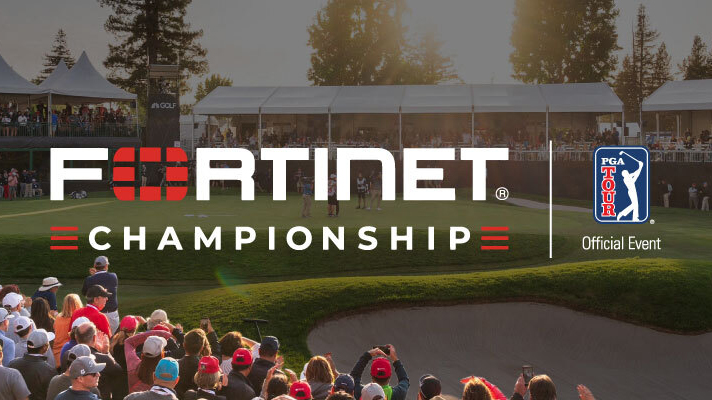 TORONTO, Ont. — Featuring a regular season that begins in early June and ends in mid-September, PGA TOUR Canada announced its 2022 schedule Tuesday for the Fortinet Cup as part of the season-long competition. Fortinet announced it will be the Tour’s Cup sponsor as the Tour awards points based on player performance, with a $100,000 bonus pool up for grabs for the top competitors.

PGA TOUR Canada’s regular season is offering a return to full-action and Korn Ferry Tour membership to the top players, a summer lineup of 11 tournaments beginning in Victoria, British Columbia, and concluding in Kitchener, Ontario. The Tour also will hold an official event outside Canada for the first time when players travel to Brainerd, Minnesota, late in the summer.

PGA TOUR Canada did not play in 2020 due to issues surrounding the global pandemic, and it organized and hosted a scaled-down, eight-tournament Tour in 2021 mainly for players residing in Canada. This will be the first season since 2019 that features full fields and a path for players to reach the Korn Ferry Tour.

“This is a significant time in the history of PGA TOUR Canada as we begin the Fortinet Cup era. The Fortinet Cup offers players the ability to compete on some of the best golf courses in Canada—along with the added bonus of another tournament played in the U.S.,” said PGA TOUR Canada Executive Director Scott Pritchard. “Spanning coast to coast, the 2022 schedule is one we are proud to announce and is already setting up for a triumphant return of PGA TOUR Canada.”

“Fortinet is excited to partner with PGA TOUR Canada. The Tour delivers an amazing experience—in equal measure for its fans and golfers. As PGA TOUR Canada’s premier sponsor and the host of Fortinet Cup, our company will bring its deep expertise in cybersecurity innovation to the world of golf,” said Marc Asturias, Vice President of Marketing and Government Vertical at Fortinet Latin America and Canada. “Our partnership furthers Fortinet’s vision to make possible a digital world that we can always trust by securing people, devices, and data everywhere.”

The season gets underway June 2-5 at a familiar Tour site, Uplands Golf Course, for the newly named Royal Beach Victoria Open presented by Times Colonist. After a scheduled one-week break for the PGA TOUR’s RBC Canadian Open, players will tee it up three weeks in a row, starting the week of June 13-19, at the ATB Classic presented by Volvo Edmonton, followed by the Elk Ridge Open (June 23-26) in the Resort Village of Elk Ridge in Waskesiu, Saskatchewan, and the Prince Edward Island Open in Cardigan (June 30-July 3).

The Tour observes a two-week break to begin July before resuming action in Ontario, for the Osprey Valley Open presented by Voroantim Cimentos CBM Aggregates (July 21-24) in the Toronto suburb of Caledon. The Ontario Open (July 28-31) in Tottenham is the next week, bringing July to a close. The Quebec Open is scheduled for August 4-7 in Blainville, with another off week preceding the Manitoba Open (August 18-21).

The visit to Minnesota, for the CRMC Championship presented by Gertens (August 25-28), and the next week’s GolfBC Championship (September 1-4) in Kelowna, British Columbia, bring August to an end and takes the players into September. The season concludes September 12-18 at the Fortinet Cup Championship, the Tour’s best players from the Points List assembling for the first time at Deer Ridge Golf Club and the Fortinet Cup final positions decided, as well as the $100,000 bonus pool for the top-10 players. The overall Fortinet Cup champion will pocket $25,000.

“It’s exciting to think where we are beginning and culminating our season, along with the other nine cities and golf courses we’ll visit during the year. There is so much to look forward to, the ATB Classic returning to Edmonton, PGA TOUR player Graham DeLaet serving as the honorary chair at the Elk Ridge Open, having the Ontario Open and its storied history as part of our schedule and visiting TPC Toronto, one of the premier TPC facilities in the network,” Pritchard explained. “Traveling outside Canada to Minnesota for a tournament, with Tom Lehman significantly involved, spending a week in Quebec and moving the GolfBC Championship to a September date for the first time are all things we’re anxiously anticipating.

“In addition,” Pritchard continued, “Prince Edward Island has had to wait a year to make its official debut on our schedule, and Manitoba is also back after a two-year hiatus. It will be great to play our tournaments in those two regions. I simply can’t be more excited about what we will offer this year’s crop of players.”

PGA TOUR Canada began in 2013 as the PGA TOUR’s second International Tour. Since its inception, the Tour has seen 14 of its alums win 16 PGA TOUR titles, while 46 past PGA TOUR Canada players have collected 49 total Korn Ferry Tour victories.