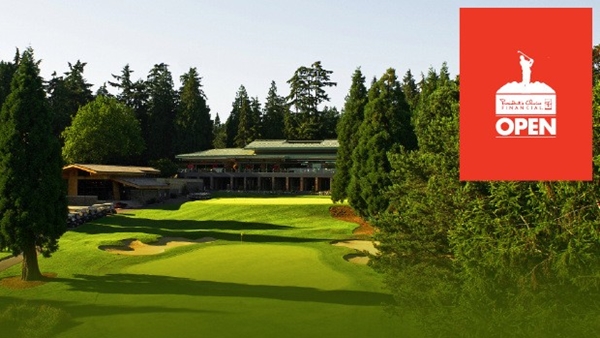 “Adding the PC Financial Open as our first event of the season is very exciting, and we’re thrilled to be adding a PGA TOUR Canada event in Vancouver,” said PGA TOUR Canada President Jeff Monday. “Sports fans in Vancouver will have the opportunity to watch some great golf as our players compete on the superb Point Grey golf course as they begin their quest to be one of The Five that earn Web.com Tour status.  PC Financial’s support of this tournament, along with the other events they are involved with, is indicative of their goal to provide opportunity for people to succeed.”

“For the past 15 years, PC Financial has been committed to supporting the communities we serve from coast-to-coast.  We are proud to be the Title Sponsor of the new PC Financial Open in Vancouver and excited to build on the success of our PGA Tour Canada partnership which began last year,” said Barry Columb, President, President’s Choice Financial.

The full field event will see 156 players take on the 6,801-yard Point Grey Golf and Country Club, which has hosted several major events in the past including the RBC Canadian Open and Canadian Pacific Women’s Open.

The First Tee of Greater Vancouver YMCA, where youth ages 7-18 years learn the fundamental skills of the game as well as life-enhancing values through the game of golf, will be the official charitable benefactor for the PC Financial Open.

“The members and staff at Point Grey are excited by the prospect of being a regular stop on PGA TOUR Canada’s schedule through 2016, a development which is very positive for golf and golf fans in the Lower Mainland,” said Peter Altridge, Director, Point Grey Golf and Country Club. “Having hosted the BC Open for many years, we look forward to our association with PGA TOUR Canada and the support that this event will provide to The First Tee of Vancouver.”

SDI Marketing, which helped make The Wildfire Invitational and the Cape Breton Celtic Classic, presented by PC Financial, successful events on PGA TOUR Canada’s inaugural season, will be the host organization for the tournament.

“We are extremely excited about extending our partnership with PGA Tour Canada, and establishing a strategically important event in Vancouver. PC Financial has really stepped up to the plate and the event is lucky to have such an engaged, family-focused, Title Sponsor,” said Geoff Conant, Senior Vice President of SDI Marketing. “Along with their involvement as presenting sponsors at SDI Marketing’s other PGA TOUR Canada events, The Wildfire Invitational and Cape Breton Celtic Classic, PC Financial is really looking forward to being a part of an event that provides great entertainment and gives so much back to the community.”

SDI Marketing has also hired Linx Marketing, which operates the ATB Financial Classic and Syncrude Boreal Open presented by AECON, in a consulting role for the event. Based in Vancouver, Linx brings a wealth of expertise to the event as well as close ties to The First Tee of Greater Vancouver YMCA.

The top five players on the PGA TOUR Canada Order of Merit earn Web.com Tour cards for the following season. The full 2014 PGA TOUR Canada schedule will be announced at a future date.