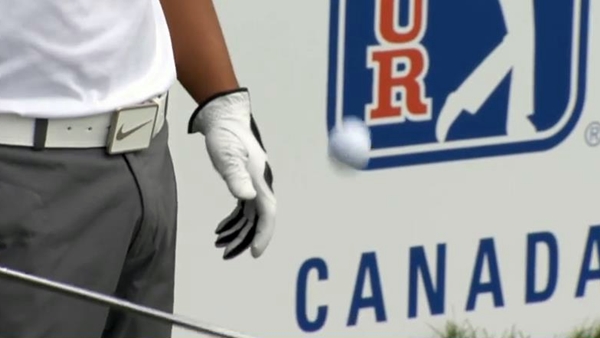 ORLANDO, Florida – Forty-four players earned PGA Tour Canada status at the first of three Qualifying Tournaments last week in Beaumont, Calif., with another field of 132 players looking to do the same this week in Orlando.

Once again, the 72-hole, no cut competition will see the top 18 players earn exempt status on PGA Tour Canada for 2014, with the rest of the top 40 plus ties earning conditional status. After an official practice round on Monday, the official competition gets underway April 15 and runs until the 18 at the Jack Nicklaus Signature Course at Reunion Golf Resort.

Baddeck, N.S.’s Peter Campbell comes to Q-School this week hoping to build off strong play on the NEC Series – PGA Tour Latinoamérica, where he earned medalist honours at the Sebring Qualifying Tournament and recently posted a runner up finish at the Mundo Maya Open, the best-ever finish by a Canadian on that Tour. Campbell made three cuts on PGA Tour Canada in 2014, finishing tied for 21st at the Cape Breton Celtic Classic presented by PC Financial and sharing the first round lead at The Players Cup.

Nine members of PGA Tour Canada in 2013 are in the field this week, looking to regain status for the upcoming season. Among the notables are Evan Harmeling, who won the 2013 Massachusetts Open and donated the entire winner’s check to One Fund Boston in support of the Boston Marathon Bombings, as well as Big Break Indian Wells champion David Byrne of Windsor, Ont. Shelburne, Ont.’s David Markle, Texas’ Creighton Honeck and Toronto’s Matt and Mark Hoffman are also in the field.

A total of 26 Canadians from Ontario, Quebec, Nova Scotia and Manitoba are in the field this week. They are: