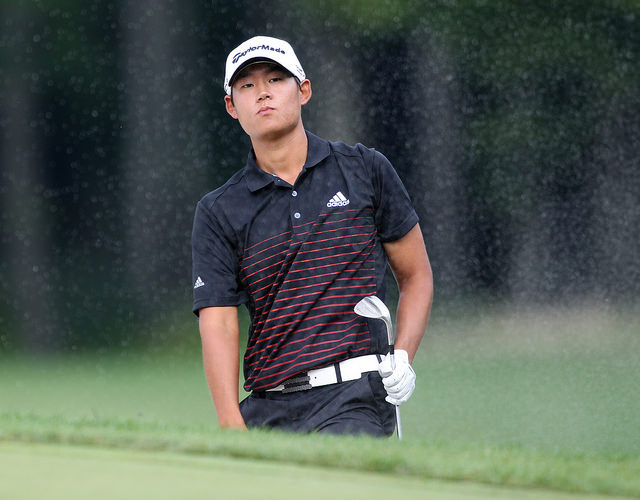 BEIJING, China – The Ping An Bank China Tour – PGA TOUR China Series announced that OCT Kunming Wind Valley Club in Yunnan Province will host both of the Tour’s Global Qualifying Tournaments in 2016, events open to players from every country but China.

OCT Kunming Wind Valley Club is the home to two courses—the Lake Course and the Mountain Course. The Tour will use a combination of the Lake Course and Mountain Course for the Qualifiers. The Kunming Wind Valley Club is situated near Yangzong Lake and offers views of the body of water as the course winds through hilltops and valleys.

Kunming, a city of more than 6 million and the 16th-most-populated city in China, is no stranger to the Ping An Bank China Tour – PGA TOUR China Series, the city hosting the Yulongwan Yunnan Open in each of the Series’ first two years.

“We’re very familiar with this city, and we very much look forward to holding our 2016 Qualifying Tournaments at a great golf course,” said Greg Carlson, Executive Director of the Ping An Bank China Tour – PGA TOUR China Series. “Our Qualifying Tournaments in both 2014 and 2015 have identified some future stars who have gone on to play on the Web.com Tour. We anticipate a strong group of players will emerge in 2016.”

The Tour will begin accepting applications for the International Qualifying Tournaments on November 26.

All entrants in the Global Qualifying Tournaments will play 18 holes each of the first two days before officials make a cut to the low 100 players at the end of 36 holes.

Both Global Qualifying Tournaments will award full 2016 PGA TOUR China playing privileges to the low-15 qualifiers. In the event of ties, a playoff will be held to determine the final playing card. In addition, the next 20-lowest players will earn 2016 conditional playing status.

In 2015, Canada’s Justin Shin was the medalist, winning by four shots. Shin then went on to win the United Investment Real Estate Wuhan Open. Shin is currently fifth on the 2015 Order of Merit and in position to earn membership on the 2016 Web.com Tour. American Kyle Souza won the Second Global Qualifying Tournament.