PGA Tour expands use of mobile devices by spectators at tournaments 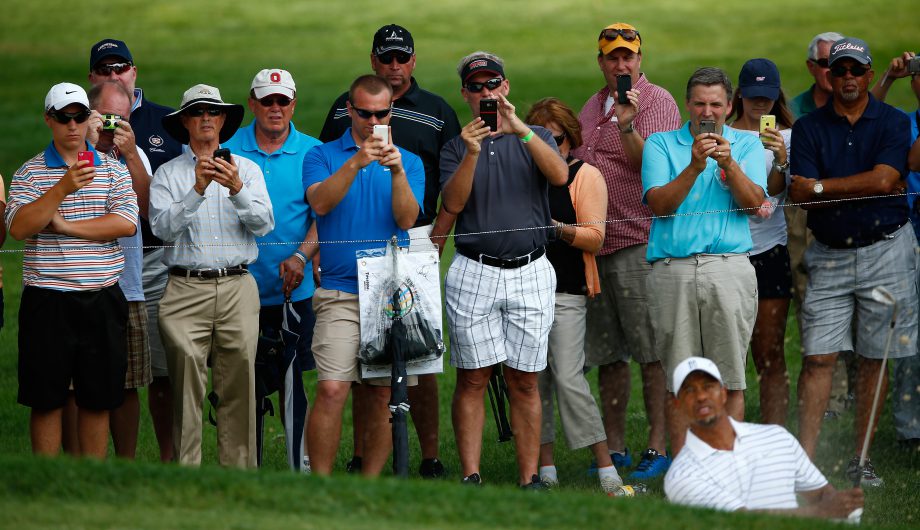 Ponte Vedra Beach, Fla., – Effective immediately, fans at PGA TOUR events are permitted to take photographs with their mobile devices throughout tournament week, except in areas of play during official tournament rounds or when requested by players, security, and TOUR officials to refrain from taking a photo. Previously, the policy restricted all photography to Designated Cell Phone Areas during tournament play.

Anything outside of a mobile device, such as cameras and video recorders, are not allowed during official rounds.

“Our mobile device policy has been met with great enthusiasm by fans,” said Andy Pazder, PGA TOUR chief of operations. “We believe the expanded policy will significantly enhance the on-site spectator experience while maintaining a suitable atmosphere for all players on the course.”

In early 2011, the PGA TOUR implemented its Mobile Device Policy which allowed fans for the first time to bring their mobile phones into tournaments. The Honda Classic was the first event for which the mobile device policy was implemented as an enhancement to the overall fan experience. This followed testing at five TOUR events in late 2010 and early 2011 to gauge the potential impact of mobile devices at PGA TOUR events.

The Masters Tournament, U.S. Open, Open Championship, PGA Championship, Ryder Cup and Rio 2016 Olympics are not PGA TOUR co-sponsored events and have their own respective policies regarding the use of mobile devices on-site.