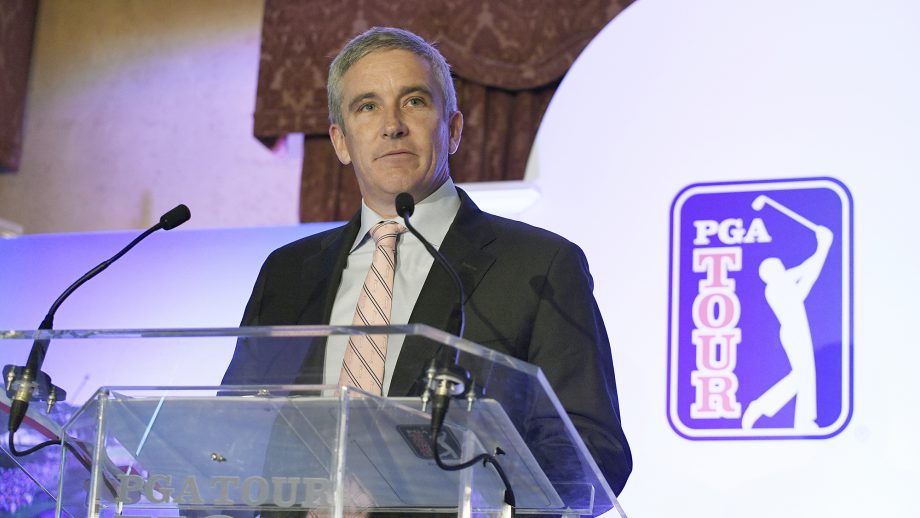 The PGA Tour has acquired a minority stake in the European Tour’s media production company as part of an alliance announced Friday, a big first step toward developing a more unified golf schedule around the world.

The deal effectively makes the two leading tours more partners than rivals. The tours said in a statement the alliance would allow them to collaborate on commercial opportunities and global media rights in certain territories.

“The PGA Tour moves from a competitor to a partner,” Keith Pelley, chief executive for the European Tour, said on a conference call.

While seen as a pivotal first step, any notion of a world tour _ which golf executives have contemplated for more than a decade _ remains some years away. The immediate goal is to figure out a schedule that keeps the tours from competing against each other and strengthening events on both sides of the Atlantic and beyond.

As part of the agreement, PGA Tour Commissioner Jay Monahan will join the European Tour board as a non-executive member who would have a vote. “They have a monetary investment in our business,” he said of the PGA Tour.

Pelley said the board’s approval of the partnership was unanimous.

The announcement is likely to put an end to the Premier Golf League, which a year ago was courting the world’s best players for a team-based circuit and funded in part by Saudi money. Rory McIlroy, Jon Rahm and Brooks Koepka rejected the idea right before the pandemic.

Pelley said The Raine Group, a private equity firm behind the Premier Golf League, presented a “compelling offer to take the European Tour to another level but in a different direction.”

“We felt partnering with the PGA Tour was the best option,” he said.

Pelley said the partnership grew out of golf organizations having to work together at the start of the COVID-19 pandemic to rearrange the major championship season for men and women.

“We shared the challenges of working through a year neither of us could have ever imagined and we found definite synergies in many areas of our respective tours,” Pelley said.

The announcement comes toward the end of a devastating year financially for both tours. The PGA Tour has lost more money than the European one because of its size, though it had more in reserve to handle the crisis.

The PGA Tour shut down for three months, and then resumed June 8 and played a tournament every week except for this one, with no reduction in prize money. Two of its Asia tournaments, in South Korean and Japan, moved to the western U.S. with a purse of $9.75 million (CJ Cup at Shadow Creek) and $8 million (Zozo Championship at Sherwood).

The European Tour resumed in July with a series of new tournaments geared toward giving its members events to play while maintaining a strict bubble to protect against the spread of the coronavirus. Players would stay in regions such as the Iberian peninsula and the U.K., though the total purse was rarely more than 1 million euros.

The exceptions were the BMW PGA Championship at Wentworth, the flagship event at its headquarters, the Scottish Open and the DP World Tour Championship next month in Dubai.

The gap between the tours has grown so much in the last decade there have been rumblings of a merger of the tours, or even a takeover, given the PGA Tour’s wealth. Monahan referred only to a partnership, and said “we look forward to working together for the benefit of the men’s professional game and for golf fans around the world.”

Pelley strongly disputed the notion of a merger, suggesting that would happen only if the tour had financial difficulties or there were significant benefits for the players. He said the European Tour had a strong balance sheet, which allowed it to create 15 new events during the pandemic and spend $3 million on a health and safety plan.

A week before the pandemic, the PGA Tour announced a new media rights deal that starts in 2022 and is said to be worth $7 billion over nine years, which includes digital. The tour also has a 12-year deal with Discovery, which owns Golf TV.

London-based Discovery also is a rights holder for the European Tour, which has various contracts with TV companies, given its schedule that plays in more countries than any tour.

The PGA Tour has become so lucrative that Europe’s best players have taken up membership on both tours. Of the 20 Europeans among the top 75 in the world, only four are not PGA Tour members.