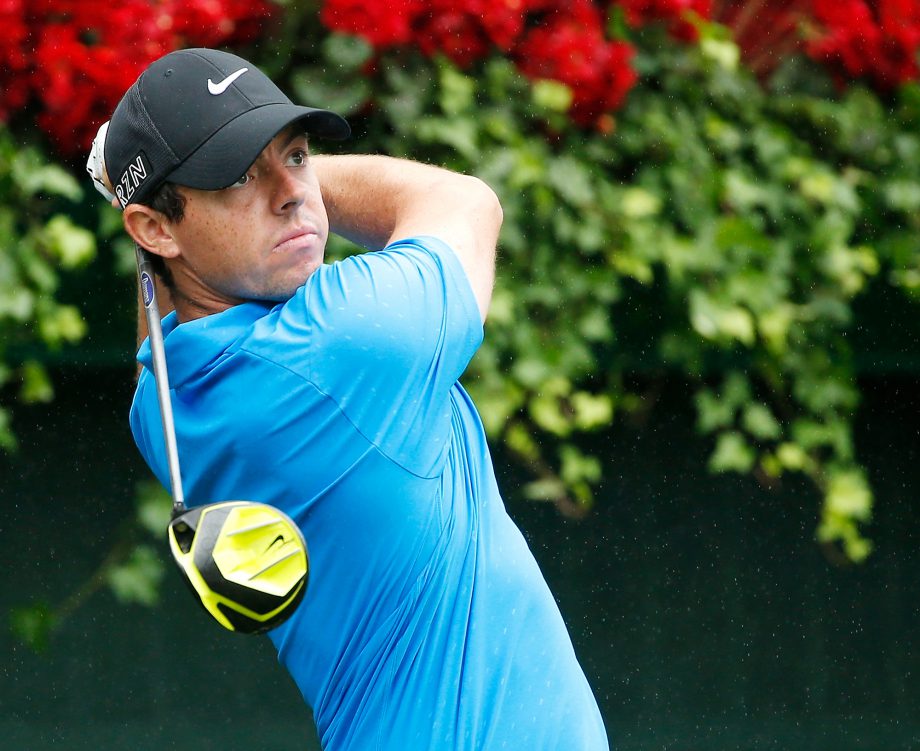 NAPA, Calif. – The Frys.com Open is everything Rory McIlroy thought it would be.

And the tournament hasn’t even started.

He knew nothing about Silverado Resort, which is hosting the PGA Tour season opener for the second year and is expected to stay here even longer, except that it was located in the middle California’s most famous wine country.

McIlroy, who for now is No. 3 in the world ranking, represents the biggest star power at this event since Tiger Woods began what amounted to a rehab assignment in 2011, and his week ended with a fan throwing a hot dog on the green he was playing.

McIlroy was part of the “Turkey Eight” that signed off on a one-sided deal three years ago – eight PGA Tour players in an exhibition in Turkey agreed they would play the Frys.com Open at least once over the next three years. Woods was supposed to be at Silverado this year, too, until he had his second back surgery. Also in the field from Turkey are Charl Schwartzel, Justin Rose and Webb Simpson.

Hunter Mahan also is playing. He was in Turkey, but he fulfilled his commitment last year, liked it so much that he came back. It’s all about location.

Here’s how the first tournament of the new season is shaping up:

SEASONS BLUR: When the new seasons gets started Thursday morning, it will have been 18 days since the last season ended with Jordan Spieth becoming the first $22 million man in golf ($10 million of that from winning the FedEx Cup).

For all the angst over golf not having an offseason, only the starting line has changed.

McIlroy feels as though his “new season” started in August when he returned from two months of healing his injured ankle. He is playing the Frys.com Open, which is the first event of the new PGA Tour season. And then he heads to Asia for three tournaments to end the season on the European Tour.

And then he gets two months off.

“I feel like I’m in the middle of a nice little run to the end of the year,” McIlroy said. “I guess for a lot of guys, even the guys that played a full PGA Tour schedule last season and then played the Presidents Cup and they’re coming here, it’s a lot of golf. But as I said, I haven’t played as much as those guys, so I’m happy to be playing and happy to play quite a bit until the end of the year.”

STRONG FIELD: For a time of the year when the “stars” were going to be taking time off, the Frys.com Open has six of the top 30 in the world. McIlroy and Rose are at Silverado as a part of the Turkey agreement. But that doesn’t account for Brooks Koepka, Hideki Matsuyama, Robert Streb and Brandt Snedeker.

This is the third straight year that the Frys.com Open has started the PGA Tour’s new wraparound season. The previous two winners, Jimmy Walker and Sang-moon Bae, both reached the Tour Championship.

AT STAKE: The winner of the Frys.com Open gets a spot in the Masters and the same number of FedEx Cup points as winning the Memorial or Arnold Palmer Invitational.

But he won’t be getting any Ryder Cup points.

The illustrious Ryder Cup Task Force decided to count PGA Tour events toward the U.S. standings at the start of 2016 (Kapalua) instead of the start of the season.

BIG DAY: McIlroy already has had a good time in Napa based on the wine and the food (and yes, he likes the golf course).

So has Justin Thomas. The second-year player played the pro-am with a couple real Warriors – Steph Curry and Andre Iguodala.

CHAMPION KIRK: A tradition that never gets old on the PGA Tour is celebrating the previous week’s winner.

Chris Kirk knows the feeling. Kirk wound up making the most significant putt in the Presidents Cup, a 15-footer down the hill on the 18th hole for a 1-up victory over Anirban Lahiri. Kirk was stopped four times on his way from the range as players congratulated him on a great week.

Kirk said his biggest weakness all week in South Korea was putting. He discovered later he was set up too close to the ball. But he made the one that mattered. Asked if he was getting as many congratulations for the Presidents Cup as he was for winning the Colonial, Kirk smiled and said, “More.”