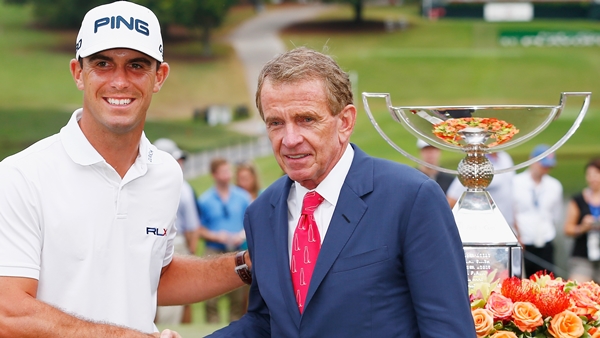 PONTE VEDRA BEACH, Fla. – PGA Tour Commissioner Tim Finchem has announced that the PGA Tour Policy Board has approved a recommendation to reduce the number of points awarded for each of the four FedExCup Playoff tournaments.

Beginning in 2015, The Barclays, Deutsche Bank Championship, BMW Championship and TOUR Championship presented by Coca-Cola will award 2,000 points for a victory (down from 2,500) with all other places being reduced by the same proportion. The intent, Finchem said, is to place a greater emphasis on season-long excellence while still maintaining the element of volatility and movement throughout the Playoffs.

“Every year since the FedExCup was introduced in 2007, we have reviewed the points structure with the Player Advisory Council and four Player Directors who sit on the Policy Board,” Finchem said. “We believe this slight modification will add greater significance to players having an outstanding season leading into the Playoffs, while still allowing for the excitement of volatility and movement during the Playoffs, particularly as players vie to make the final 30 for the TOUR Championship by Coca-Cola.”

The proposal was strongly supported by the Player Advisory Council, which advises and consults with the Policy Board and Commissioner on matters affecting PGA Tour members.

With the change, reset points for the TOUR Championship by Coca-Cola also have been proportionately reduced to maintain the current scenarios of all 30 players having a chance to win the FedExCup, the higher seeds having a significantly greater chance of winning, and the top 5 seeds being guaranteed the FedExCup title with a victory.

Additionally, the Board voted to eliminate a secondary cut for the Playoffs that normally would occur after three rounds when more than 78 players make the 36-hole cut.