(BLOG) Golf Canada heads to the 2023 PGA Show in Orlando 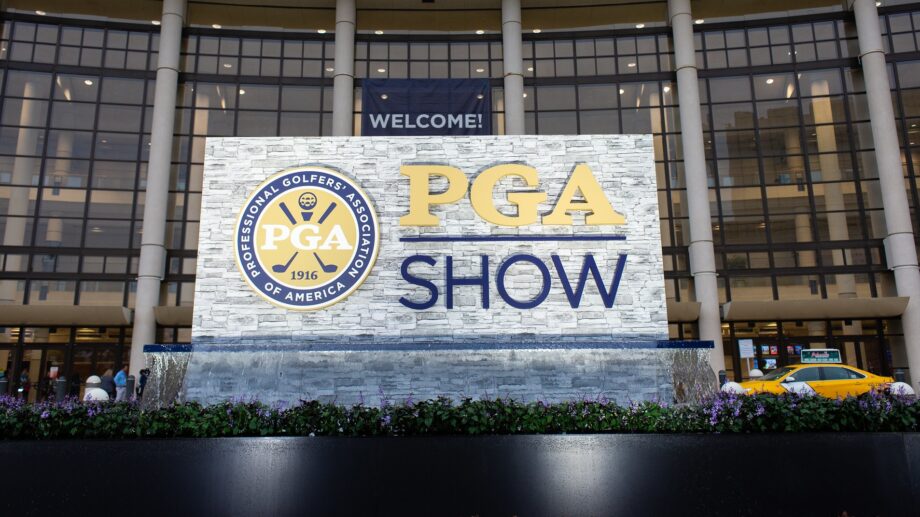 From learning more about the new Titleist clubs to figuring out the best new additions to your closet from FootJoy, Puma, and Levelwear to getting the inside scoop on new courses to having one-on-one chats with some of golf’s most impressive figures, be sure to stay tuned to Golf Canada’s social media accounts all week long.

Canadian golf media personality Adam Stanley is set to be your guide throughout the week! If you’re in Orlando you’ll see him hanging at the Hilton Grand Vacations resort or rolling through town in style thanks to both Audi and Avis.

There’s plenty of great things to see and people to speak with this week – and Golf Canada has you covered.

Following along below as we keep you up-to-date on everything you need to know from golf’s biggest forum.

Golf Canada host Adam Stanley sat down 1-on-1 with Ben Cowan-Dewar, the co-founder and CEO behind one of Canada’s most internationally known golf brands. Watch their convo below…

We kicked off demo day with a visit to Titleist to learn all about the brand-new gear for 2023.

First up was a deep dive into the new Titleist Vokey SM9 line of wedges with the addition of the low-bounce T Grind. The T Grind is designed mostly for players who are knocking it around in firm conditions. Vokey has also added lightweight steel and graphite shaft options so then players who have those kind of shafts in their irons will have wedges to match.

There are now seven grinds available in the SM9 wedges – the newest line from Canadian Golf Hall of Famer Bob Vokey.

We also learned all about Titleist’s latest line of drivers, the TSR. Those drivers are set to build off the incredible success of the TSi and TS series before it. The TSR line boasts four models that are all set to help increase stability, speed, and distance for golfers in 2023. The face material of the new drivers is ATI-425 titanium, and of note, there are just three customers of that material in the world: NASA, the U.S. government, and… Titleist!

After hitting a few balls at Titleist we headed over to Cobra-Puma, the national partner of Golf Canada’s Junior Skills Challenge, to have a couple of great chats with LPGA Tour superstar Lexi Thompson and golfer-turned-media personality (and new mom!) Blair O’Neal. O’Neal, who just had a baby eight weeks ago, talked to us all about getting juniors more into golf, and how excited she is to see more women pick up the game these days. Thompson, meanwhile, shared that her fellow LPGA Tour golfers feel as if the CP Women’s Open should be a major championship. She loves seeing all the young girls dressed like her outside the ropes in Canada and spoke so very highly about our women’s national championship. Thompson, an 11-time winner on the LPGA Tour, is hopeful for a huge year in 2023!

First up on Wednesday – our first day on the PGA Show floor – we visited Levelwear to learn all about its new line for 2023. From fabrics to function, the fresh gear worn by some of the best golfers in the world (including Adam Hadwin, Corey Conners, and Taylor Pendrith on the PGA Tour – plus its newest signee, Aaron Cockerill on the DP World Tour) is set to look great in anyone’s closet. The latest colour drop from Levelwear is called ‘Bordeaux’ – a rich purple that will most certainly get you noticed.

Whether its polos, sweaters, pants, or more – there’s something for everyone from Levelwear in 2023!

Not only that, but Levelwear is going to have a great presence once again at the CP Women’s Open and RBC Canadian Open with the return of the Levelwear Caddie Lounge and plenty of great merchandise offerings in Toronto and Vancouver.

Brooke Henderson was on site at the PGA Show Wednesday and we were lucky enough to chat with her all about her big win Sunday at the LPGA Tour’s season opener, the Hilton Grand Vacations Tournament of Champions.

Henderson, who finished at 16 under at Lake Nona Golf and Country Club, topped Maja Stark and Charley Hull by four shots.

She won for the 13th time on the LPGA Tour and the third time wire-to-wire in her career.

“Honestly, it was a dream start,” Henderson told us. “I couldn’t have asked for anything more. Just to go out and get the lead right on Thursday and then carry it on through throughout the weekend and hoist the trophy on Sunday afternoon is always an amazing feeling. But having it be the first tournament of the year, it made it a little extra special.”

We got to check out some amazing new gear from PUMA Golf, the official apparel partner for Team Canada.

And we capped off opening day on on the show floor learning how accurate golf simulators have become, chatting with Foresight Sports Canada.

FootJoy has brought the fire once again in 2023 with some great shoes, gloves, and outerwear.

This is the 100th anniversary for FootJoy making, well, footwear, and it shows no signs of slowing down with its newly updated Premiere series, FJ Flex, and HyperFlex.

It’s the 42nd year for gloves for FootJoy, and its made plenty of improvements to its best-selling StaSoft glove (the No.1 on Tour!).

Finally, its outerwear continues to help Canadians make every day playable, highlighted in 2023 by the DryJoy Select jacket.

After banging a few TSR drivers and nipping a few of the new SM9 wedges on Demo Day, we hit the show floor with Titleist to learn more about some of its other gear for 2023. Somehow, someway, they’ve improved upon the No.1 ball in golf as the Pro V1 and Pro V1x has a new core that’s set to help golfers hit it further and straighter. Titleist’s new Scotty Cameron putters take the most well-known name in putting and improved again on the feel and tighten the alignment to help you make more putts.

After a couple of years away, Canada Night – a very special annual evening put on by the PGA of Canada – returned with a buzz. The room was packed with Canadians eager to connect and celebrate some very deserving winners of the organization’s national awards from the previous 12 months. A great evening – and a wonderful way to wrap up the 2023 PGA Show.

After a few years of pandemic-impacted PGA Show experiences, Golf Canada CEO Laurence Applebaum was thrilled to feel the buzz and energy from plenty of Canadians in Orlando. With more golf being played by more Canadians than ever before, there’s no denying there is some real excitement for golf for all. We chatted with Applebaum about that very thing, how excited he was for 2023, the CP Women’s Open and RBC Canadian Open, plus the momentum behind the launch of The First Tee in Canada

And that’s it! After tens of thousands of steps over four days, we loved giving Canadian golfers an inside look at the biggest brands in the game, some of the biggest names in the game, and hopefully some things that got you pumped for a wonderful 2023 golf season.