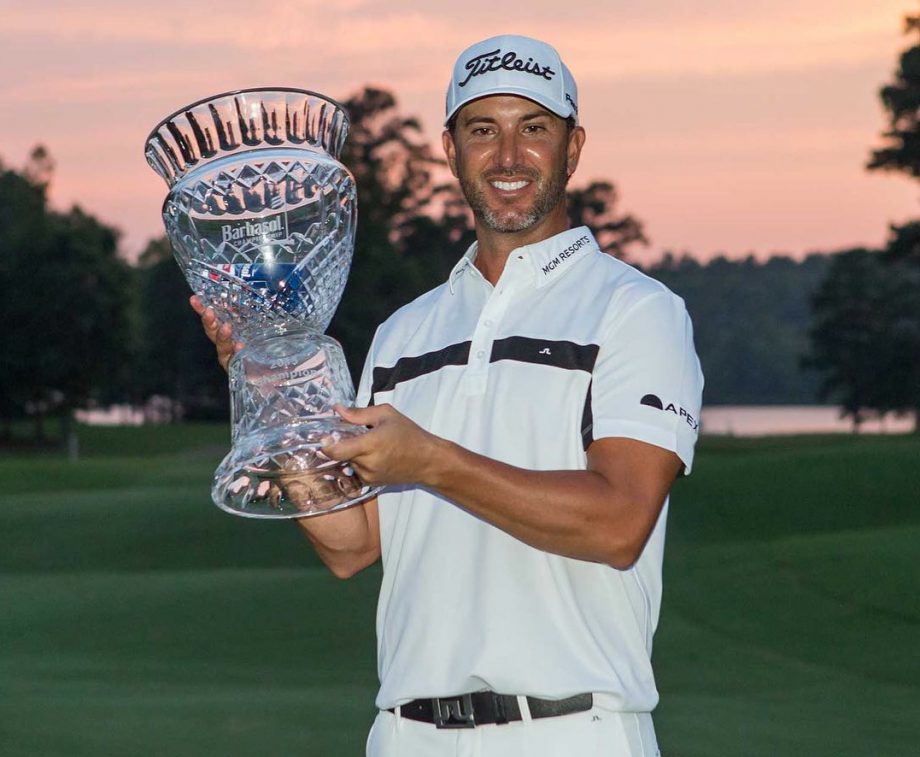 OPELIKA, Ala. — Scott Piercy won the Barbasol Championship on Sunday for his third PGA Tour title, closing with a 6-under 65 for a three-stroke victory.

The 36-year-old Las Vegas player made a 57-foot birdie putt on the second hole en route to his first victory since the 2012 RBC Canadian Open. Tied for the third-round lead with Ricky Barnes, Piercy birdied three of four holes starting on No. 13 and finished at 19 under on Grand National’s Lake Course.

“I struck it beautifully all week and made enough putts to get it done,” Piercy said.

He began the season on a major medical extension after surgery on his right arm early last year, sparking initial fears about how he’d fare upon his return.

“It’s been a long road,” Piercy said. “My whole goal after coming back from surgery was to come back better. The way I played (Sunday) compared to my last two victories was a lot better.

“I struck the ball so well, so I’d say I’m kind of right where I imagined I would be.

He had also finished second at the Sony Open in Hawaii before capturing the inaugural Alabama event for players who didn’t make the British Open field.

Piercy had a bogey and double bogey on the first four holes Thursday after arriving the previous morning and not getting in a practice round. He appeared quite comfortable on the course after that.

Birmingham native Will Wilcox was second after a 67, virtually guaranteeing a PGA Tour card for next season in just 13 starts. It was his second straight top-10 finish.

“That’s something I never thought in a million years I would have done,” he said.

Wilcox closed with two straight birdies, pumping his fists and hollering after sinking a 60-foot birdie putt on the closing hole. The former UAB player had once made dough at a local pizza place during a short time living in neighboring Auburn and estimated he had 50-60 friends and family members on hand.

“Having my family here, you always dream about doing something like that in front of them,” Wilcox said. “Just the good vibes were flowing this week. It just worked out so well. My aunt and uncles, they’d never seen me play. The fact that I could finish solo second in front of them was pretty shocking.”

Shelton, a two-time All-American, had four straight rounds in the 60s.

“It was amazing,” said Shelton, from Mobile. “I played well, that’s all I could ask for. To do this with a sponsor exemption, it’s great. I mean, I’m speechless right now.”

Barnes was seeking his first PGA Tour victory in 202 starts, but finished with a 70 and bogeyed the final hole. It was his best finish since taking second at the 2009 U.S. Open, the only other time he shared a 54-hole lead.

The round was delayed 1 hour, 20 minutes because of rain and lightning before the leaders teed off.

Canadian Roger Sloan posted an even-par 71 today to finish at 5-under for the competition and T48.