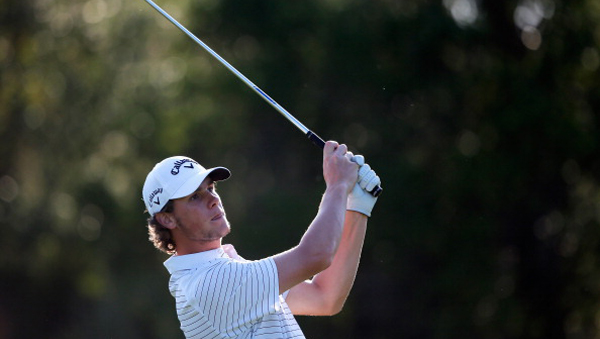 GIRONA, Spain – Thomas Pieters overcame three early bogeys to shoot a second consecutive 3-under 69 Friday and take a one-shot lead after the second round of the Spanish Open.

The Belgian rookie, who earned his European Tour card here at the PGA Catalunya Resort in November, had a 6-under 138 total to sit one shot ahead of first-round leader Eddie Pepperell of England (71) and Joost Luiten of the Netherlands (69).

Italy’s Francesco Molinari had six birdies to sit two shots back after a 67.

The 22-year-old Pieters “I just hung in there and made some late birdies. The wind died out on the last nine and I took advantage of that.”

Sergio Garcia had six bogeys in his 74 to slip five behind Pieters.