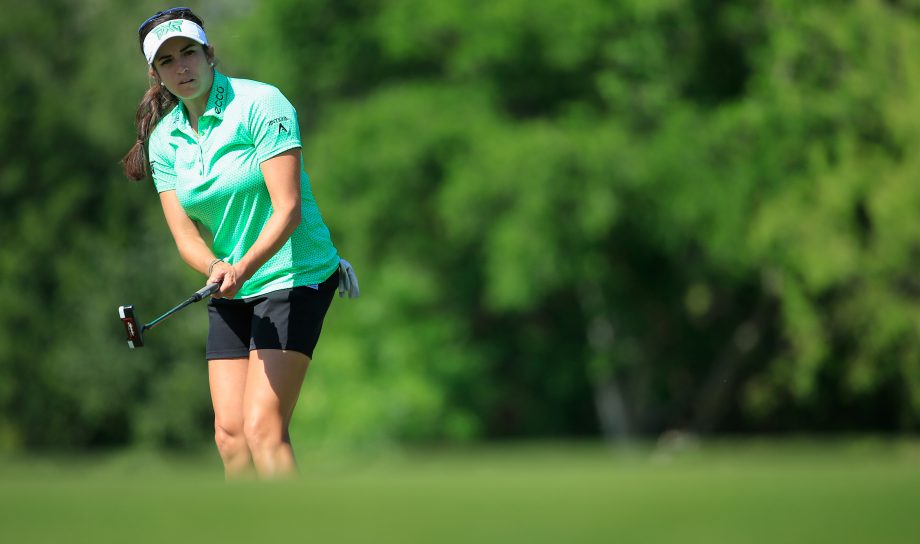 IRVING, Texas – Gerina Piller took a two-stroke lead Saturday in the LPGA Tour’s Volunteers of America Texas Shootout, putting her in position for a breakthrough victory in her home event.

The long-hitting U.S. Solheim Cup hero lives in Plano, about 20 miles from Las Colinas. She grew up in Roswell, New Mexico, and played at the University Texas-El Paso.

Piller is married to PGA Tour player Martin Piller. He watched her play Saturday after missing the cut in the Zurich Classic in Louisiana.

Piller has hit 52 of 54 greens in regulation, with the two misses coming in the first round Thursday.

South Korean players held the next four spots on the leaderboard. Amy Yang (65) and Mi Jung Hur (66) were tied for second at 12 under, and Jenny Shin (65) and Sei Young Kim (68) were 10 under. Hur lives in the area in McKinney.

Fifth-ranked Brooke Henderson had a 73 to drop into a tie for 19th at 3 under. The 18-year-old Canadian has eight straight top-10 finishes.

Amateurs Cheyenne Knight and Karah Sanford were among the 53 players to advance to the final round in the event that features two cuts.